Overcrowding in hospital emergency departments is "unequivocally dangerous for patients", according to emergency medicine specialists.

The significant concerns are contained in a letter from the Irish Emergency Medicine Trainees' Association, signed by 24 of its members, to the HIQA health watchdog, and copied to the Health Service Executive.

She said that over the past two weeks, trolley numbers have exceeded 300 a day.

In a statement, the HSE said there had been a 34% reduction in the number of people waiting on trolleys in emergency departments last year, compared to 2011.

It said this is a significant improvement.

The HSE said hospitals have been experiencing pressures in recent weeks as a result of the seasonal flux and that a similar pattern has occurred in emergency department services in Northern Ireland and in England.

In the letter, Dr McCabe said: "The overcrowding has to stop as the current situation is dangerous for patients and stressful for doctors".

She said: "Patients with infections are presenting at hospitals and are posing a serious risk to patients whose immune systems are compromised because there is nowhere to separate them."

The association also claims that the May 2012 HIQA Tallaght Hospital report recommendations on overcrowding are being ignored by senior hospital management.

Dr McCabe says that more than a year after the HIQA report, severe overcrowding remains and patient safety and quality of care is being compromised.

The letter also says that significant improvements resulted at Tallaght Hospital due to HIQA's regulatory focus.

It says that a zero tolerance policy worked and hospital management were genuinely fearful of regulatory inspection and oversight.

The IEMTA has asked HIQA to publicly refocus on conditions for patients in emergency departments around the country and to conduct more inspections.

It warns that otherwise there will be further inquiries into care.

"The appalling conditions that our patients endure in EDs should not go unchallenged. In any human rights issue such as this there are inevitably bystanders and up-standers. We ask you to stand with us and stand up for our patients", the letter concludes.

The letter has also been sent to Dr Philip Crowley, the head of the HSE's Quality and Patient Safety Directorate.

HIQA said it would have serious concerns if the recommendations from its Tallaght investigation have not been implemented in full.

The authority said it is considering the letter and will be in contact with the HSE seeking assurances on the issues raised by the association.

Meanwhile, 394 patients are on trolleys in emergency departments or on wards around the country today, according to figures from the Irish Nurses and Midwives' Organisation.

Of these, 308 are in emergency departments and 86 are on wards. 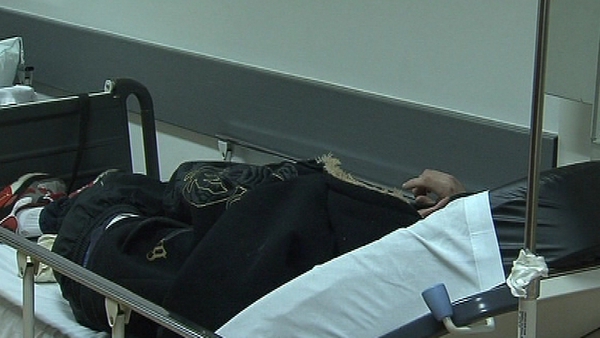