A Ukrainian opposition activist and journalist known for her investigations into corruption among senior state officials was beaten up by unknown attackers this morning.

Tetyana Chornovil was assaulted near the capital Kiev hours after an article she wrote on the assets of top government officials was published.

The 34-year-old, a prominent activist who has given speeches at recent anti-government protests, told police her car was stopped by a vehicle just after midnight.

A group of unidentified men got out and broke the rear window of her car.

"They then pulled her from the car, beat her and left her in a ditch," police said in a statement. The statement did not say whether she had been robbed.

Opposition activists said she was in intensive care in hospital.

Kiev has been gripped by street protests since late November, when President Viktor Yanukovych's government refused to sign an association agreement with the European Union.

President Yanukovych has urged police to find those responsible for Ms Chornovil's beating, his office said. 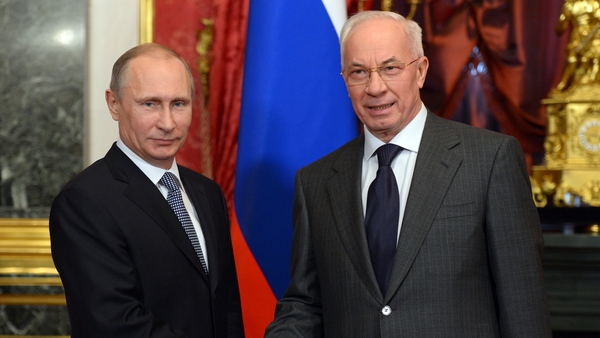