ESB unions have warned that they will have an all-out strike on Monday 16 December if their dispute over pension arrangements is not resolved before then.

Talks involving unions, management and the Labour Relations Commission aimed at brokering a settlement are taking place at a secret location.

In a statement, the ESB unions' Dispute Committee said that the stoppage would commence at 8am on Monday 16 December.

It will take the form of an all-out dispute involving a full withdrawal of labour and the placing of pickets.

All ESB generated power would be off the bars from that time.

However, the Disputes Committee said due regard would continue to be given to matters concerning public, staff, and environmental health and safety.

Where applicable, emergency cover for fault and repair services will be provided.

The announcement of an all-out strike will ratchet up the tension in this row.

The ESB this afternoon said it had only just received the communication from the Disputes Committee.

A spokesperson said they need to consider the implications for their contingency plan.

Meanwhile, Labour Relations Commission negotiations are expected to continue over the weekend.

However, both sides acknowledge that the gap between them is wide, meaning the risk of blackouts remains.

Minister for Communications, Energy and Natural Resource Pat Rabbitte has said it is imperative that both parties in the ESB dispute apply themselves at the Labour Relations Commission as quickly as possible.

He told RTÉ's News at One that this dispute has the potential to cause untold damage on Ireland’s economic recovery, seriously inconvenience business and domestic consumers, and to put jobs at risk.

Mr Rabbitte said the LRC had not been asked to intervene sooner because the internal disputes resolution machinery in the ESB has done “more than a very fine job” for more than 20 years.

The minister said that the ESB has a solid track record in terms of  resolving internal industrial relations issues.

Mr Rabbitte reiterated that the pension scheme was on track and anyone retiring from the ESB between now and 2018 would get their pension entitlements. 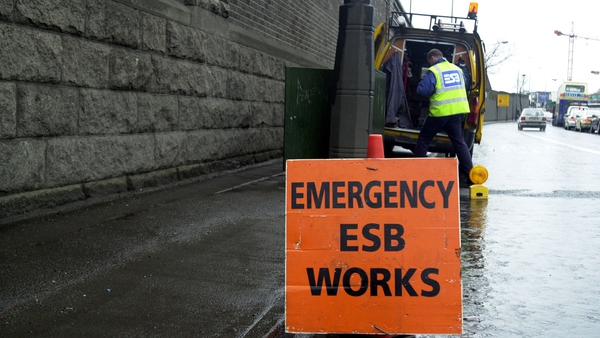