The attacks are the latest in the worst wave of violence to hit Iraq in at least five years.

The Shia-led government has blamed Sunni Muslim insurgents linked to al-Qaeda for the increased bomb attacks, which have mainly targeted Shia civilians.

The explosions early this morning took place as people shopped in crowded markets.

A roadside bomb near a market in the mainly Shia neighbourhood of Sadriya killed four and wounded 14.

A bomb in a minibus in the central commercial district of Karrada killed three and wounded 12.

Black smoke billowed from the scene of the explosion on a main road in Karrada.

The minibus was seen with its main door blown off and shattered windows.

Hundreds of Iraqis have been killed each month in similar attacks since the start of the year.

The growing violence has raised fears of a return to the heights of bloodshed seen in 2006-2007, when tens of thousands died.

Nearly 1,000 Iraqis were killed in October, according to figures from the United Nations, which has called on political leaders to cooperate to end the violence that has escalated since US troops withdrew in December 2011.

The gunmen broke into the bodyguard's house in Sulaimaniya, 260km northeast of Baghdad.

Mr Talabani has been in Germany for medical treatment for several months. 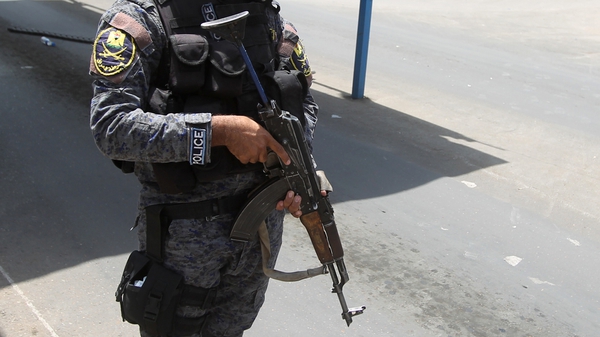