The Health Service Executive has released the final list of primary care centres that have been given the go-ahead a year after the issue was embroiled in controversy.

In mid-2012 Minister for Health James Reilly made changes to a list of primary care centres to be developed under a special Government stimulus fund.

Róisín Shortall, who was Minister for State at the time, had drawn up a list of 20 locations based primarily on a deprivation index compiled by the HSE.

Before that list was published Mr Reilly added 15 additional locations, including two in his own constituency.

The controversy led to Ms Shortall's resignation and her claim that Mr Reilly had engaged in "stroke politics" - a claim he denied.

Boyle is one of the 16 locations where primary care centres will be developed.

The county Roscommon town was one of the locations added by Mr Reilly to the list of locations being considered for funding.

Local independent TD Denis Naughten has told RTÉ's This Week that the selection of Boyle for the Public-Private Partnership development will be seen as "payback" for Fine Gael's TD in the constituency, Frank Feighan.

Mr Feighan sided with the government over the downgrading of local hospital services while Mr Naughten left the party over the issue.

Mr Feighan denied it was payback and said the location was selected on merit.

Boyle was at number 243 on a priority list of more than 300 locations drawn up by the HSE in mid-2012 when Mr Reilly added it and 14 other locations to the list drawn up by Ms Shortall.

Also added to the list by Mr Reilly were Balbriggan and Swords in his own north Dublin constituency.

They are not going ahead by PPP, as they had already been earmarked for a different line of funding prior to the list being published.

Meanwhile, HSE's head of estates Jim Curran told This Week that there was "no formula" used to boost the number of locations on the PPP list from 20 to 35.

The health minister told a Dáil debate on 3 October this year that the criteria used to select the additional sites was a complex "logistical logarithmic progression".

However, Mr Curran said it was a case of having as many locations on the list so that 20 could ultimately proceed to the funding stage.

It has also emerged that the 16 primary care centres that will be developed will cost €115m - the same figure the HSE had estimated last year it would cost to build 20 such facilities.

Mr Curran told RTé that the costings had changed due to construction inflation while he also said that the size of some of the proposed facilities had changed.

In a separate reply, the HSE press office said the original estimate had not included certain fees and VAT costs.

Fianna Fáil's Billy Kelleher said it was of concern that the HSE had failed to bring the project in on its original costing.

A spokesperson for the minister said that slightly less than one health centre per month had been opened in the lifetime of the current Government.

Primary care centres and primary care in general was an important element of health reform, the spokesperson said.

PPP was just one of several means by which such facilities were being delivered, he said.

The final list of 16 locations which will be developed by PPP under the special stimulus programme are: Ballymote, Boyle, Westport, Claremorris, Tuam, Limerick and Ballinrobe in the HSE west. 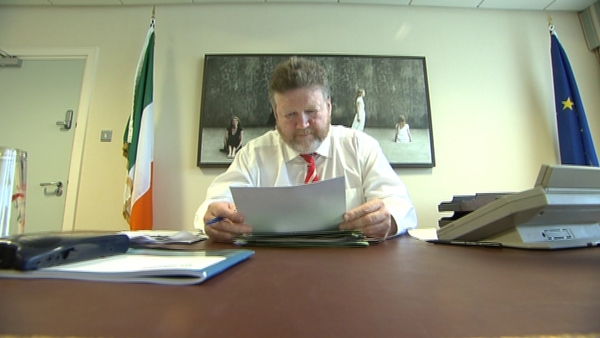