European countries have pledged to stand by banks found to be struggling after health checks next year but Germany insisted that investors bear the brunt of repairing lenders to spare the use of euro zone funds.

In a statement designed to underscore Europe's readiness to act following the checks, ministers spelt out how they would have funds in place to help.

However question marks remained over those countries too feeble to back their banks alone.

The announcement came after two days of at times acrimonious talks, when Berlin objected to using euro zone money in a clean-up of banks that ratings agency Standard & Poor's estimates will cost roughly €95 billion

Germany is attempting to weaken a central plank of banking union, namely that the euro zone clubs together to tackle frail banks. Instead, Berlin wants losses imposed on bank creditors, including bondholders, once stress tests name the weaklings.

The reluctance of Germany, which is worried that it will shoulder much of the burden if weaker countries turn to the bloc's emergency fund, put it at odds with France, which wants a euro zone-wide safety net.

In the meeting, German Finance Minister Wolfgang Schaeuble struck out at the idea of a euro zone backstop, seen as a way to avoid a repeat of what happened in Ireland, which needed an international bailout when it buckled under heavy bank debts.

He had challenged an earlier agreement that the euro zone's rescue fund, the European Stability Mechanism, could provide aid directly to banks rather than via governments.

One person present cited Schaeuble as warning that it would be a "huge misunderstanding" to believe that the ESM could back a bank in difficulty. Yesterday, he told reporters any such move would breach German law.

In a compromise, however, he agreed to include a reference to possible direct ESM bank aid in the statement - although only on condition that changes to national 'procedures' came first, an apparent reference to the required changes to German law.

The divisions will hamper Europe's most ambitious reform since the inception of the euro currency in 1999.

Banking union would put the European Central Bank in charge of policing lenders from late next year and ultimately form a united front across the euro zone to back ailing banks or close them down.

Schaeuble's blunt message surprised many as the common backstop is a key demand of some of Europe's biggest countries -France, Italy and Spain.

The divergence of views comes at a delicate moment in Europe's economic recovery and could yet foil the banking union.

Bank health checks next year - by the ECB and then by regulators across the wider European Union - could reveal losses on loans and capital holes at banks.

By explaining how the clean-up will be paid for, ministers hope to reassure investors that they are ready to come clean on the bank problems that first struck Europe in 2007.

Their promise to stand ready with national backstops may ring hollow, however, as it is not entirely clear how countries which are too weak to prop up their banks alone can be helped.

A new pan-euro zone fund to pay for the costs of closing down or salvaging weak banks was intended to address this but Germany also made clear yesterday that it did not want the ESM to lend to any such fund.

Germany's reluctance worries the ECB, which wants to reduce banks' reliance on its cheap financial support. That would need strong states such as Germany to support weaker countries with problem banks.

"We always said it's absolutely necessary that we have a credible backstop in place," said Joerg Asmussen, the German member of the ECB's core six-man group that directs policy, commenting on preparations for bank health checks.

Asmussen outlined a possible compromise last week in a speech in Berlin, including the proposal that the remit of a new European agency to close banks could be limited to top banks only - a key German demand. 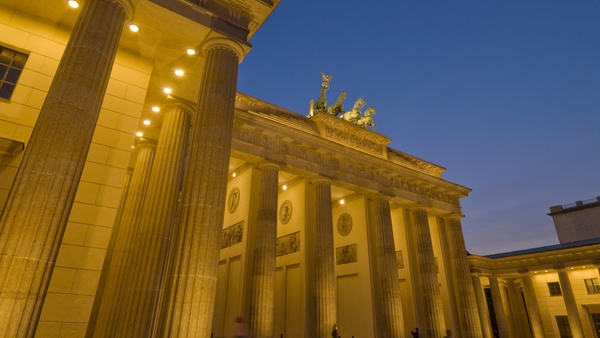