Russia hopes an international peace conference on Syria will be held before the end of this year, Prime Minister Dmitry Medvedev has said.

Mr Medvedev has appealed to both sides in Syria's civil war to compromise.

He also criticised the opposition for demanding assurances of Syrian President Bashar al-Assad's departure as a condition for the talks.

"I hope it will be possible to hold the conference by the end of this year but we understand that the influence of all sides taking part is limited," Mr Medvedev said in an interview.

"It depends to a great extent on the positions of the Syrian sides.

"We're pushing them towards this, and I hope everyone who talks to different circles in Syria will do the same," he said.

"It's a difficult process and everyone must compromise, including opposition leaders and the Syrian government, of course."

Russia has been Mr Assad's most powerful backer during the two-and-a-half-year-old conflict.

US, Russian and UN envoys are to meet in Geneva as part of preparations for the long-delayed conference, which Russia and the United States first proposed in May.

The latest target date for the talks, November, looks likely to be pushed back.

Sources close to the negotiations say a main point of contention is the role of the Western-backed opposition coalition.

US government officials say Israel has launched an air strike near the Syrian port city of Latakia.

Latakia is a stronghold of Mr Assad, an important port city where the Alawite community to which he belongs is concentrated.

Israeli is widely reported to have carried out at least three air strikes in Syria so far this year.

Neither Israel nor Syria have commented on the latest reports.

Former Syrian intelligence agent Afaq Ahmad, a defector now in exile in France, told Reuters that contacts of his inside Syria, including in Latakia province, told him Russian-made ballistic missiles had been kept at the site that was attacked.

Noting Syria's failure to retaliate after previous Israeli action, Mr Ahmad said: "Israel knows Assad has lost the ability to respond ... So it has been engaging in unannounced attacks on the weapons that could pose the most threat in the hands of Assad or if they are transferred to Hezbollah."

Israel has repeatedly warned that it is prepared to use force to prevent advanced weapons, notably from Iran, reaching Hezbollah, which hit northern Israel with hundreds of rockets during a month-long war in 2006.

The Syrian Observatory for Human Rights, which collates reports from opposition activists, said there had been an explosion at an air defence base near Jableh, on the Mediterranean coast south of Latakia. 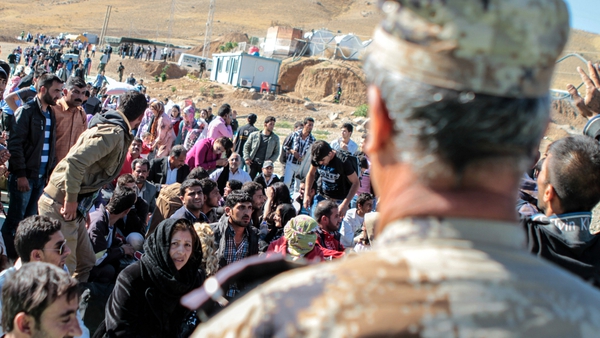