Relatives of British IRA victims faced off in London over their view of the peace process outside an Irish Republican event addressed by Sinn Féin leader Gerry Adams.

Police intervened to stop a verbal exchange between Colin Parry, whose 12-year-old son Tim was killed by an IRA bomb in Warrington 15 years ago, and campaigners for the 21 victims of the Birmingham pub bombings.

Brian Hambleton, whose 18-year-old sister Maxine was killed in the 1974 Birmingham attacks, accused Mr Parry of "rubbing shoulders" with the men who had killed his son.

The confrontation came after Mr Parry delivered a speech at the conference organised by Sinn Féin.

Mr Parry was discussing the work he does with a peace foundation he created to honour his son and a three-year-old who was killed by the same blast.

After moving on at the police's request, he said: "They don't understand that we don't just yell about victims - we work with victims of terrorism, we actually help them.

"The idea that I am some kind of IRA apologist is disgraceful.

"We can all yell and scream at each other over barricades, but that won't get us anywhere.

"It hurts that somebody would be so unaware of what we do that they could accuse me of kowtowing to terrorists.

"I don't do that and I never will, but I recognise that the armed struggle is over and we have to build new ways. That's my simple position."

About 30 protesters picketed the conference, held in the London Irish Centre in Camden, north London.

They carried banners which read Justice For The 21 and Gerry and The Peacemakers Will Always Walk Alone While IRA Victims Are Ignored.

A group of far right-wingers carrying a loyalist flag confronted Sinn Féin members and sympathisers leaving the Irish centre and accused them of attending a "murderers' covenant".

After talking to Mr Parry, Mr Hambleton said: "He wants us all to jump on the Jolly Roger with him and Gerry Adams.

"I told him that I am fighting for his son as well as my sister.

"How he can have a drink and a sandwich with that man is beyond all human recognition."

Mr Hambleton said he wanted Mr Adams to speak to him and other relatives of the Birmingham victims, but claimed: "They will only talk to people that tell them what they want to hear.

"They are talking about a new phase of the peace process but are not willing to face up to what they did and address the suffering of the members of our community."

During a speech delivered earlier in the day, Mr Adams said he "understood" the grief of relatives of the Birmingham and Warrington killings.

"As a Republican leader I have never and I will never distance myself from the actions of Republicans," he said.

"I've shouldered too many problems, been to too many gravesites.

"I understand the scale of the loss and the grief that exists in our communities - families in Birmingham, Guildford and Warrington."

He hailed Mr Parry, who last month invited former IRA commander Martin McGuinness to speak at the commemoration of the 15th anniversary of the Warrington bombings, as an "inspiration".

Tim Parry and three-year-old Johnathan Ball were killed when bombs planted in litter bins in Warrington's main shopping area were detonated shortly after midday on a sunny Saturday afternoon.

No warning was given and no one has been prosecuted for the outrage on March 20 1993, that left 56 people injured.

Six men were convicted and served 16 years in prison over the bombings in Birmingham's Tavern in the Town and Mulberry Bush pubs on November 21, 1974.

Their convictions were quashed by the Court of Appeal in 1991 and no one has been brought to justice since. 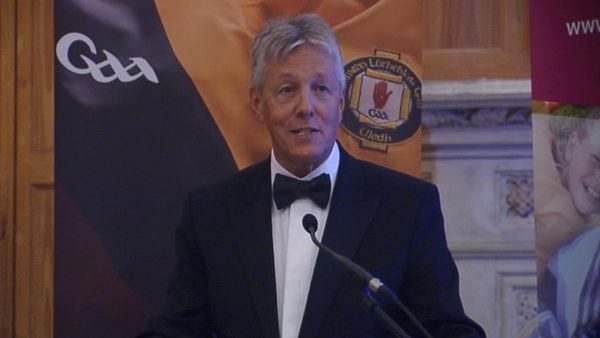