Police investigating a house fire in Leicester in which the wife and three children of a Dublin-based doctor died have made a further arrest.

A 22-year-old man was arrested in Leicester in connection with the investigation and he remains in police custody, Leicestershire Police said.

Shenila Taufiq, 47, her daughter Zainab, 19, and sons Bilal, 17, and Jamil, 15, all died when flames engulfed their home in Wood Hill in the early hours of 13 September.

Dr Muhammad Taufiq al-Sattar is a neurosurgeon who works at a number of Dublin hospitals.

Seven men have already been charged with murder in connection with the blaze in Wood Hill in Leicester on 13 September.

They have been remanded in custody to appear in court at a later date.

Detectives have been examining possible links between the suspected arson attack and the fatal stabbing of youth football coach Antoin Akpom in Leicester on 12 September. 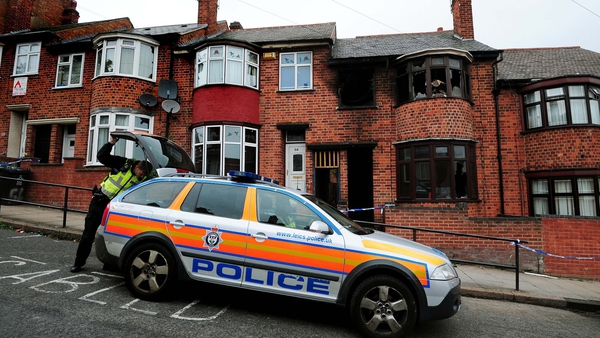