Former junior Minister Willie Penrose has applied to rejoin the Labour Parliamentary Party, 23 months after he resigned the whip over the closure of Mullingar barracks.

Deputy Penrose said his voice could be heard more strongly within the Parliamentary Party.

The moves comes a week after one opinion poll showed Labour support at 6%.

After the 2011 general election, the Longford Westmeath deputy was appointed a junior Minister with responsibility for Housing and Planning.

As a super junior he also had a seat at the cabinet.

But in November 2011, he resigned his position and the party whip over the closure of Mullingar Barracks which he said would not result in any savings.

Although outside the Parliamentary Party, Mr Penrose never voted against the Government.

Explaining his decision, he said he was a traditional Labour member, who had joined the party 44 years ago as a teenager.

He also said his voice could be heard more strongly within the Parliamentary Party on matters such as teacher pupil ratios, the building of wind farms near communities and other rural issues.

Mr Penrose also said that Labour has "to fight more strongly to promote its ethos in government” but added that the party “could not be narrow minded and just focus on seats."

Mr Penrose is one of five Labour deputies who had resigned or lost the party whip.

Roísín Shortall and Tommy Broughan along with Senator James Heffernan remain outside the Parliamentary Party, while deputies Colm Keaveney and Patrick Nulty both subsequently left the party.

He said he looked forward to having the benefit of Mr Penrose's energy and enthusiasm as a colleague and a friend. 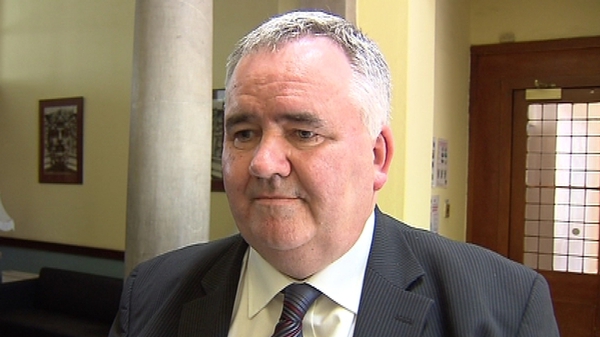