Northern Ireland's Attorney General John Larkin has been asked to review a 2011 decision not to prosecute Gerry Adams over an allegation that he withheld information in connection with a case involving his brother Liam.

The request for the review has been made by Northern Ireland's Director of Public Prosecutions Barra McGrory.

Last week, Liam Adams was convicted of several counts of raping and abusing his daughter Áine when she was a child.

He is currently in prison awaiting sentencing next month.

In a statement today, the Public Prosecution Service confirmed it has sought a review of the case.

It said: "The Attorney General will be given full access to all materials that he considers necessary in order to complete the review."

On RTÉ's Morning Ireland, Sinn Féin President Gerry Adams was asked about his actions in relation to his brother.

He said: "There are things perhaps with hindsight that I could have done differently."

The sentiments were similar to those he made in an RTÉ interview in December 2009.

At Belfast Crown Court in April 2012, Gerry Adams gave evidence that during a walk in the rain in Dundalk in 2000 his brother confessed to him that he had abused his daughter on one occasion.

He also told the court that in 2007 he had made a statement to the police about a meeting in Buncrana in 1987, when his brother denied the abuse allegations after he confronted him about them.

In that April 2013 trial, which collapsed for legal reasons, Gerry Adams said it was in 2009 that he first told the police his brother had confessed to him. 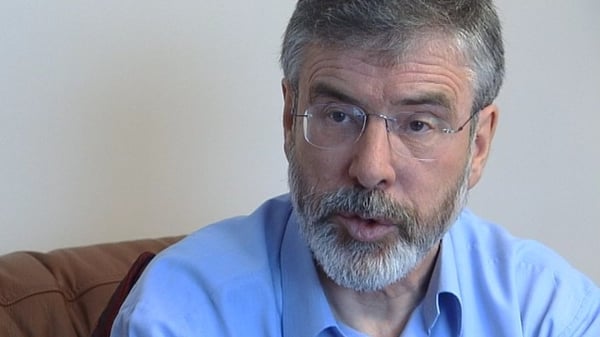 No charges over Adams abuse case after PSNI examination