Enterprise Ireland is facing a “significant” risk of being unable to deliver some of its key services to Irish exporting companies as it struggles to deal with the loss of expert staff.

The claim is made in a confidential, unpublished report which has been obtained by RTÉ News.

It says that Enterprise Ireland should consider cutting back on some of its existing functions.

It warned that the current rate of job losses at Enterprise Ireland was not sustainable if the agency was to continue to meet its objectives.

As recently as last week, the Government said it will use millions of euro from the sale of Bord Gáis Energy and the National Lottery to promote job creation measures.

Exports have been one of the key drivers of the much hoped for growth in GDP this year and next.

Central to the work of Irish companies exporting into global markets has been the role played by Enterprise Ireland.

However, the internal audit report obtained by RTÉ said the agency has lost, and was continuing to lose, a wealth of knowledge and experience.

More than 740 people work for the agency, this is 16% fewer than there was before the moratorium on public sector recruitment introduced in 2009.

The report said that around one in every four current members of staff have been switched into new roles since then.

Many of the staff have been moved with "limited training or up-skilling".

Of those working directly as the first point of contact with export companies, the report found that there were now fewer of them dealing with a greater number of companies.

Responding to the findings by the internal auditors, management at Enterprise Ireland said they were looking at ways of reducing some of the current workload of the agency.

This afternoon the agency said it recently received sanction to recruit an additional 20 people for its overseas offices and to fill two senior management positions.

Director of Communications Alan Hobbs said Enterprise Ireland is in ongoing discussions with its parent department on staffing requirements to carry out the functions of the agency.

Call for urgent debate on report

Fianna Fáil Spokesperson on Jobs and Enterprise Dara Calleary has called for the unpublished Enterprise Ireland report to be debated at the Oireachtas Committee on Jobs as a matter of urgency.

In a statement, Mr Calleary said he is writing to the Chairman of the Oireachtas Committee on Jobs, Enterprise and Innovation, Damien English, seeking an early meeting with Enterprise Ireland, the Minister for Jobs Richard Bruton, and his officials to discuss the report.

“The loss of knowledge and experience at the agency is very serious and the need for up-skilling based on the media reports is compelling,” he said. 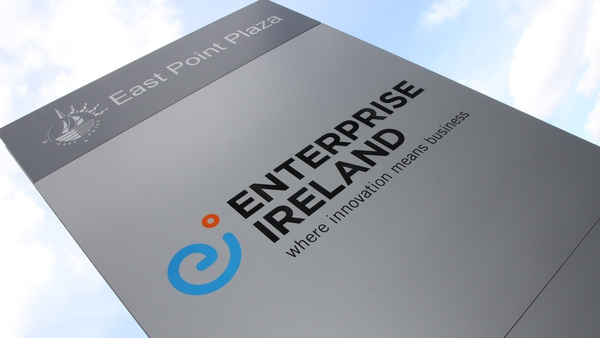 €16bn of exports for Enterprise Ireland companies in 2012