The Central Bank has urged the Government not to cut back on fiscal consolidation in this year's Budget.

In its Quarterly Bulletin, the Central Bank said there was no point in putting at risk the hard-won gains of the past several years for a relatively small easing of the fiscal adjustment.

The bank has also slightly downgraded its growth forecast for this year.

The Central Bank said the trend is for a slow recovery to continue.

It said that while national accounts data points to weaker than expected growth in the first half of the year, the forecast is for a continuation of the gradual recovery in the overall level of economic activity, but at a slightly slower pace than previously expected.

It said that after a weak start there had been some upturn in consumer spending and exports recently.

The bank said the main challenges the Irish economy faces are fiscal consolidation, banking soundness and the competitiveness of wages and prices.

It said more progress is needed on all three fronts to enhance the country's prospects for a successful exit from the EU/IMF programme and to create the conditions for a sustainable economic recovery.

Elsewhere, Minister for Finance Michael Noonan has said the adjustment in the Budget will be "somewhat less than €3.1 billion".

Minister for Social Protection has said pensions represent the single biggest block of expenditure in her department.

Joan Burton said it will amount to €6.5 billion or 32% of the overall expenditure that was provided for in the estimate for this year.

The minister said the demographic change is increasing the department's spending on older people every year.

She said she made provision for an additional €190 million for the increasing number of pensioners in 2013. 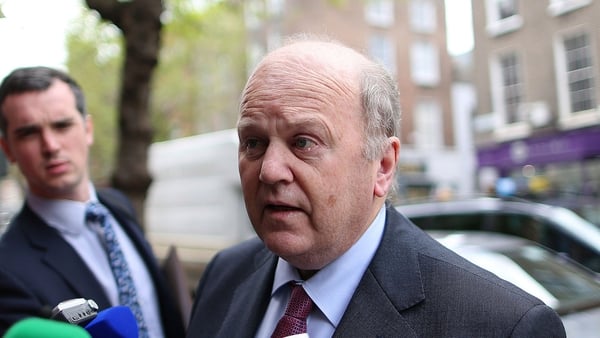