Searches are continuing for Peggy Mangan, the 65-year-old Dublin woman who has been missing since Tuesday morning.

Ms Mangan, who has Alzheimer's, left her home on Mount Tallant Avenue in Terenure with her dog, a black and white King Charles spaniel, at about 11am on Tuesday.

There have been a number of confirmed and unconfirmed sightings in the Finglas and Glasnevin areas.

An appeal has been made for anyone who spoke to or saw Ms Mangan at the Charlestown Shopping Centre or Lanesboro in Finglas from 8pm to 10.30pm to contact the gardaí.

Gardaí have appealed for people in four key areas - Glasnevin, Phibsboro, Violet Hill and Dublin Industrial Estate - to search laneways, outhouses and sheds where she may have taken refuge.

Ms Mangan is 1.57m (5’2") tall, of very slim build and was wearing black leggings and a white, hooded fleece when she left home.

She has no identification, travel pass or money with her, but the family details are on the dog's collar. 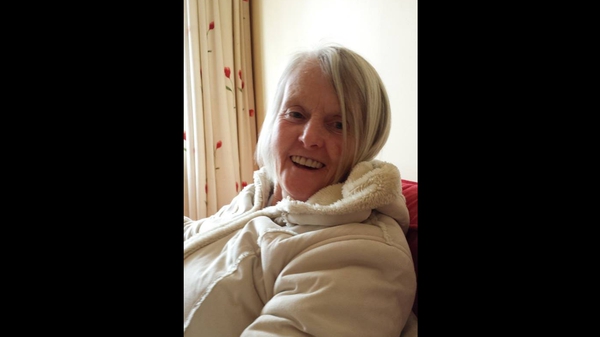