Belfast High Court has been told a man questioned by detectives investigating the murder of Robert McCartney is innocent and should never have been arrested.

Bobby Fitzsimmons claims he was wrongly held by the PSNI after giving a statement to the Northern Ireland Police Ombudsman.

But a retired officer who carried out the arrest insisted he acted properly after being briefed on suspicions of an alleged conspiracy to murder.

Mr Fitzsimmons is suing the police over his detention months after Mr McCartney was stabbed to death outside a central Belfast bar in January 2005.

The victim, a father-of-two from the Short Strand area of the city, is believed to have been in an argument with republicans before he was attacked.

His killing attracted worldwide attention and put Sinn Féin under huge pressure at the time.

Although no one has been convicted of Mr McCartney's murder, his five sisters and his partner, Bridgeen Hagans, waged a major campaign to bring those responsible to justice.

Mr Fitzsimmons was questioned twice as part of the police investigation into events surrounding the killing. On both occasions he was released without charge.

He is seeking compensation from the PSNI for alleged unlawful arrest and false imprisonment during the second period of detention in October 2005.

Giving evidence in court he described the length of time he was held as "ridiculous."

The judge questioned him about his stated grievances at being held for a second time.

"I recorded you as saying two things: that you were an innocent man and shouldn't have been arrested," Mr Justice McCloskey said.

During cross-examination he was challenged about how he felt being arrested on the second occasion would impact on his standing in the community.

Counsel for the PSNI contended: "People were already aware your house had been searched and you were arrested in February.

"They would already be aware you were a suspect."

Later, a retired officer who carried out the October arrest told how he had been briefed to detain Mr Fitzsimmons on suspicion of conspiracy to murder, affray and possession of an offensive weapon.

"I believed I had grounds to suspect his involvement in the offences," he said.

Focusing on the alleged affray, counsel for the plaintiff put it to him: "There's certainly an indication that Mr Fitzsimmons was present when things were going on.

"But I can't see any positive indication that he was engaged in an affray."

He also stressed that no specific mention was made about his client in a witness statement of men being armed with sticks and bottles.

After hearing both sides' cases Mr Justice McCloskey reserved judgment in the action. 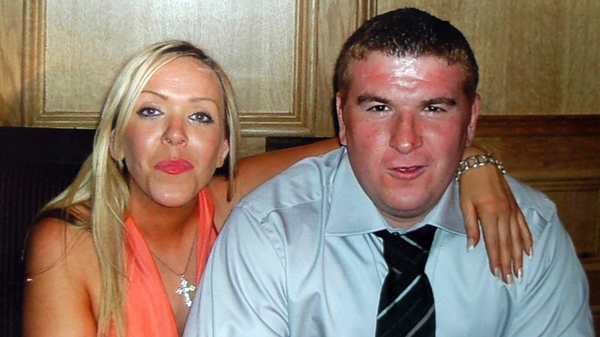