A verdict of misadventure has been returned at the inquest of a baby boy who was stillborn following an attempted home birth in Co Mayo.

After deliberating at the end of a two-day hearing in Castlebar, South Mayo Coroner John O'Dywer said the death of baby Kai David was clearly a tragedy for his parents, Sarah Williams and Emmet Heneghan, as well as for the midwife, Christina Engel.

The inquest heard that Ms Williams' was approved for a home birth after being assessed as having a low-risk pregnancy in early 2011.

Ms Engel attended her labour on 23 May that year.

A reduction in the foetal heartbeat was detected in the early hours of the following day and Ms Williams was taken by car to Mayo General Hospital, a journey of over 40km.

Mr O'Dwyer said it was unfortunate that the expectant mother was not moved to hospital earlier.

However, he was not satisfied that this would have led to the baby's survival.

He acknowledged that the midwife did not do anything intentionally wrong and expressed his hope that some good would come out of the tragedy.

In his recommendations, Mr O'Dwyer said in future it would be appropriate that no midwife would attend a home birth on her own.

It would also be prudent to introduce a standard advance notification to the National Ambulance Service that a home birth was planned.

He also recommended that an optimum distance from hospitals should be considered for births in the home.

Mr O'Dwyer said distance may or may not have been a factor in this instance, but it needed to be borne in mind in future, should a need for transfer to hospital arise.

Responding to the recommendations, John Jordan BL for Ms Williams and Mr Heneghan said his clients welcomed the suggestions and hoped they would be implemented in a meaningful way.

The inquest heard yesterday that the car belonging to Ms Engel, who is based in Ballinrobe, would not start.

Obstetrician Roger Clements told the inquest that it was his view that if Ms Williams had been brought to hospital half an hour earlier, her baby would have been born alive.

In his report, Dr Clements said the duration of the pregnancy was not the cause of boy's death.

He said that if decelerations in the foetal heartbeat had been noted and had Ms Williams transferred to hospital earlier, it is most likely her baby would have been born alive.

Under cross-examination by Mr Jordan, Dr Clements said that for one reason or another, these decelerations were missed by the midwife.

He told the inquest that during the second stage of labour, foetal heartbeat monitoring picks up problems before they become fatal.

Dr Clements said decelerations in the heart rate readings after contractions were the "red flag" to trigger intervention for the delivery of the baby.

He said that in his experience a dramatic reduction in the heart rate does not happen "out the blue".

Dr Clements said it was his view that if there was no progress during the second stage of labour in a home birth over a one-hour period, then a strong case could be made for transferring the mother to hospital.

He said in this case the issue was not about the ability to forecast when labour was going to end within a safe time-frame.

He said the 45-minute journey time from Ms Williams's home to the hospital had to be borne in mind.

In the event of any concerns, he felt waiting more than an hour to travel was taking an "unnecessary risk".

In his closing submission Mr Jordan said there was a failure to react to an obvious situation of danger for the mother and child during the labour.

He said it appeared that no preparations had been made to deal with any emergency that could arise during the home birth.

He said there was a degree of complacency that caused Ms Engel to disregard warning signs.

There was an "unfortunate absence" of foetal heart monitoring records in the medical notes. Mr Jordan said the tragedy occurred because things did not happen that should have happened.

Declan Buckley SC - for the HSE, Ms Engel and Mayo General Hospital - said there was no clearly identifiable action that caused the death of the baby boy.

He said Ms Engel had conceded that her record keeping was not of the standard it should have been. It was not her fault that this did not occur, as she did not have anybody else working with her.

She had been involved in the profession of midwifery for many years and had acquitted herself honourably throughout.

Even if the monitoring was not in accordance with best practice, up to the commencement of the second stage of labour, Mr Buckley said there was nothing out of the ordinary.

He contended that as far as the facts of the case were concerned, something untoward occurred between 2am and 2.10am that resulted in the baby's death.

He said nothing in the evidence given over two days suggests a clearly identifiable mistake had been made. 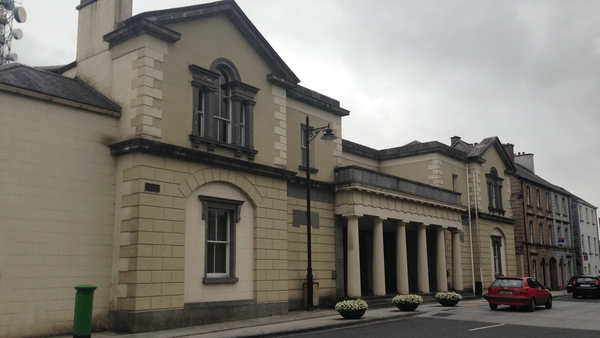 Inquest opens in Castlebar into death of baby