The sail training ship the Astrid, which ran aground over six weeks ago, has been salvaged off the Cork coast.

Salvagers intend to bring it to Kinsale for assessment by marine casualty investigators.

A floating crane was being used to lift the 250-tonne ship onto a barge, before it is handed over to the vessel's insurers.

Just before 12pm on 24 July, the 42m ship crashed onto rocks after it lost power in bad weather travelling from Oysterhaven to nearby Kinsale in Co Cork.

A massive rescue operation saved the lives of the 23 sail trainees, six crew members and the ship's captain, but the 95-year old Astrid was wrecked.

Since then the ship has remained wedged on the rocks, while its insurers agreed a salvage plan with the Irish Coast Guard. 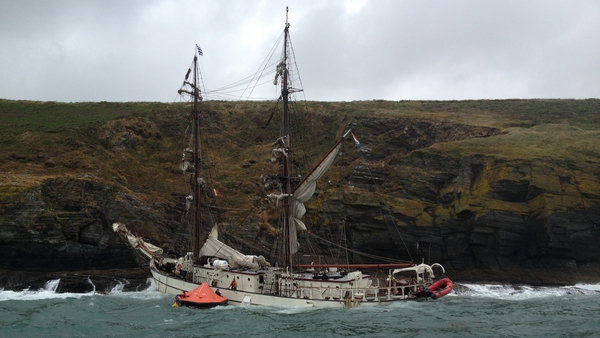