Two children of a Nigerian woman were still "officially" missing after a judge decided that she was lawfully in custody awaiting deportation.

Mr Justice Michael White heard that the mother had not been totally candid in evidence that had been presented to the court about gardaí having allegedly taken the two children, aged 8 and 5, and having "distributed them to persons unknown."

Barrister Anthony Moore, counsel for the Minister for Justice, said the woman had made very serious allegations against members of the Garda National Immigration Bureau which could have been career-changing.

Judge White, after hearing an Article 40 application testing the legality of the mother’s detention in Mountjoy Women's Prison, said the authorities were still not aware of the whereabouts of the children who were also facing deportation.

It had transpired she had signed an authorisation for the gardaí to leave the children in the care of a friend who had passed them on to the family's Pastor who claimed to have given them to a woman he did not know.

Mr Moore said the gardaí still did not know where the children were. It seemed "that some sort of grotesque pass the parcel game" was being played out with them.

Judge White said the woman had "disappeared off the face of the earth" following the signing of a deportation order for her and her children in 2008 and had only been discovered by chance last week when gardaí called in relation to inquiries about someone else.

Killian McMorrow, counsel for the mother told the court she had been trafficked into the EU for sexual exploitation and bore certain scars which objectively demonstrate branding or indentured servitude for sexual purposes.

He said her case deserved fresh consideration particularly with regard to the situation of her two children who were only aged 3 and barely 1 at the time the extradition order was signed. They were not integrated into the community and one of them was attending school.

The family faces deportation as soon as the children can be found. 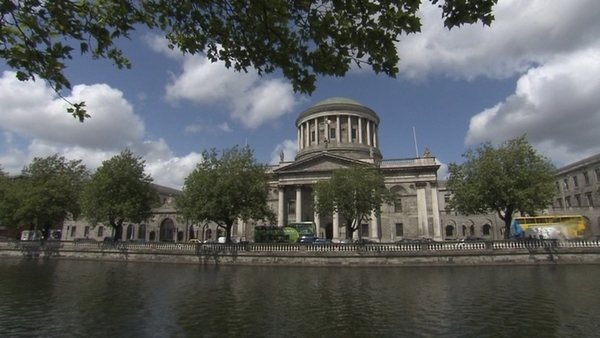