Two earthquakes have been recorded in the Irish Sea causing tremors on land nearby.

The British Geological Survey, which collected data on the shakes, said the strongest had a magnitude of 3.3 at a depth of 5km.

It was recorded just before 10am today.

An earlier quake at around 5.30am measured 2.4 on the Richter scale.

Its epicentre was about 25km west of Fleetwood in Lancashire at a depth of 3km.

Social media users took to Twitter saying they felt the ground move beneath them, particularly in the north west of England.

A slightly larger earthquake was recorded in the Irish Sea back in May, which was felt in parts of Ireland and north Wales.

The 3.8 magnitude tremor occurred 15km away from Abersoch in Gwynedd, Wales.

People as far away as Dublin, Wexford, Wicklow and Kildare claimed they felt it at the time. 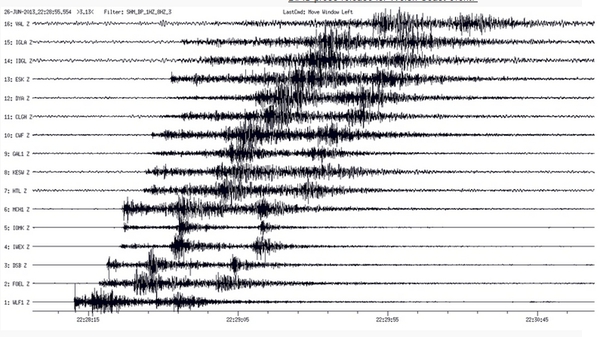