The United Nations has said the Syrian conflict has now generated the worst refugee crisis since the Rwandan genocide of 1994.

The UN Security Council was told that the number of people fleeing the conflict in Syria has escalated to an average of 6,000 a day during 2013.

UN High Commissioner for Refugees Antonio Guterres said: "We have not seen a refugee outflow escalate at such a frightening rate since the Rwandan genocide almost 20 years ago."

He said two-thirds of the 1.8m refugees registered with the UN had left Syria since the start of 2013.

In 1994, more than 2m Rwandans fled genocide where radical Hutus killed about 800,000 Tutsis and moderate Hutus within three months.

The UN Security Council has been deadlocked on the Syria crisis.

UN aid chief Valerie Amos said the world was "not only watching the destruction of a country but also of its people".

Ms Amos told the council: "The security, economic, political, social, development and humanitarian consequences of this crisis are extremely grave and its human impact immeasurable."

She said 6.8m Syrians need urgent humanitarian assistance, including more than 4.2m internally displaced, and that almost half of those needing help were children.

The latest assessment by the World Food Programme was that four million people can no longer meet their basic food needs.

Ms Amos said another $3.1bn (€2.35bn) was needed to help people in Syria and neighbouring countries for the rest of the year.

He described the impact as "crushing".

Elsewhere, Tánaiste Eamon Gilmore has said the Government has been in discussions to ensure the maximum levels of safety and security will apply to Irish troops if they are deployed to the UN mission in Syria.

He said the Government has received a request from the UN and has responded positively, but under the triple-lock system any deployment would have to be approved by the Dáil.

Mohammad Darra Jamo, a commentator who worked for Syrian state media and often appeared on Arab TV channels, was attacked by gunmen hiding in his house in the southern town of Sarafand, the sources said.

His wife was with him but not harmed, they added.

Syrian state news agency SANA blamed an "armed terrorist group" for the killing, which took place at around 2am.

Lebanon, whose own 15-year civil war ended in 1990, is struggling to stay on the sidelines of Syria's conflict.

Car bombs and clashes between groups supporting opposite sides of Syria's war have become increasingly common. 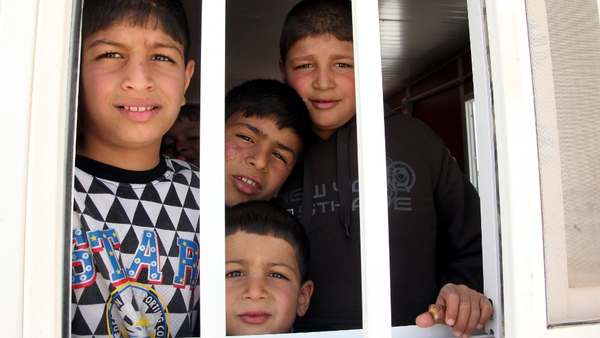