A Vatican official already under investigation in a purported money-laundering plot involving the Vatican bank has been arrested in a separate operation.

Prosecutors allege Monsignor Nunzio Scarano was involved in a plot to bring €20m in cash into Italy from Switzerland aboard an Italian government plane.

Msgr Scarano, a recently suspended accountant in one of the Vatican's main financial departments, is accused of fraud, corruption and slander stemming from the plot, which never got off the ground, his attorney, Silverio Sica said.

He said Msgr Scarano was a middleman in the operation and that friends had asked him to intervene with a broker to return €20m they had given him to invest.

Mr Sica said the Monsignor persuaded the broker to return the money, and an Italian secret service agent went to Switzerland to bring the cash back aboard an Italian government aircraft.

The operation failed because the broker reneged on the deal, Mr Sica said.

The broker nevertheless, demanded his €400,000 commission. Mr Scarano paid him an initial €200,000 by cheque, which the broker deposited, Mr Sica said.

But in an attempt to not have the second cheque deposited at the bank, Msgr Scarano filed a report for a missing €200,000 cheque, Mr Sica said.

The broker and secret service agent were also were arrested along with Msgr Scarano, Mr Sica said.

It is not the only troubles facing Monsignor Scarano.

Prosecutors in the southern city of Salerno have placed him under investigation for alleged money-laundering stemming from his account at the Vatican's bank, the Institute for Religious Works.

Just this week, Pope Francis named a commission of inquiry into the bank to get to the bottom of the problems that have plagued it for decades and contributed to damaging the Vatican's reputation in global financial circles.

That investigation concerns transactions Msgr Scarano made in 2009 in which he took €560,000 in cash out of his personal IOR bank account and carried it out of the Vatican and into Italy to help pay off a mortgage on his Salerno home.

To deposit the money into an Italian bank account - and to prevent family members from finding out he had such a large chunk of cash - he asked 56 close friends to accept €10,000 in cash in exchange for a cheque or money transfer in the same amount.

Msgr Scarano was then able to deposit the amounts in his Italian account.

He had given the names of the donors to prosecutors and insisted the origin of the money was clean, that the transactions did not constitute money-laundering, and that he only took the money "temporarily" for his personal use.

"He declares himself absolutely innocent," Mr Sica said of the Salerno investigation. 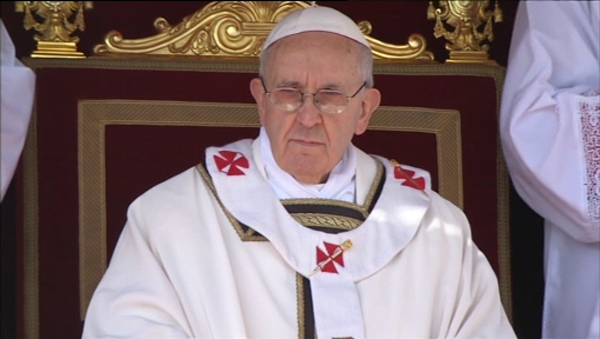