Israeli aircraft attacked targets in Gaza early this morning, the military said, after six rockets were fired at Israel from the territory.

The military said its aircraft struck two weapons storage facilities and a rocket launch site. No injuries were reported.

Rocket fire from Gaza has declined since a military campaign in November, before which militants were firing rockets on an almost daily basis.

No militant group claimed responsibility for the rocket launch, but Israel said it holds Hamas, which rules the coastal territory, accountable.

The military said two rockets were intercepted by the missile defence system known as Iron Dome. The other four landed in open areas.

"Last night's rocket attack is an intolerable act of aggression against Israel and its civilians. Hamas is held accountable for all acts of terrorism deriving from the Gaza Strip," said military spokesman Lt Col Peter Lerner.

Meanwhile, Israeli police said that vandals slashed the tires of 21 cars in an Arab neighbourhood of east Jerusalem. The vandals also scribbled slogans on nearby walls.

It is the latest in a wave of crimes linked to Jewish extremists that has targeted mosques, churches, monasteries, moderate Israeli groups and even Israeli military bases to protest what they perceive as the Israeli government's pro-Palestinian policies in the West Bank.

Vandals call the attacks the "price tag" for the policies they oppose.

Last week, vandals struck an Arab village outside of Jerusalem that has been a model of coexistence in Israel.

Mr Rosenfeld said police are investigating the incident. He said no arrests have been made in the recent string of similar crimes. 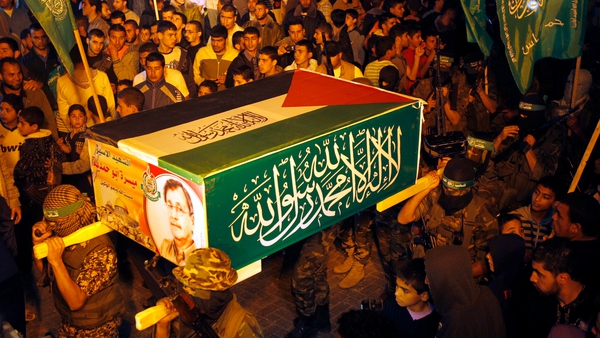