He was elected in the Dublin West by-election in 2011 after beating Fianna Fáil's David McGuinness.

Mr Nulty lost the party whip in December 2011 when he voted against the Budget.

He said he was resigning because trust in the political system is broken and the Government is hitting the most vulnerable in society.

Mr Nulty said the latest example was the cut to resource teaching hours to children with special education needs.

He said: "There is a need for new ideas and social movements that are accountable to citizens, not powerful interests.

"We have personal insolvency guidelines published which seek to micromanage the personal finances of hard pressed families and we have seen cuts to Child Benefit which Labour had sworn to protect."

Mr Nulty has ruled out joining the United Left Alliance.

He also said he had not spoken to party leader Eamon Gilmore, but contacted the party's head office and "wrote to them outlining my resignation and that of many of my supporters have resigned as well".

He said what was important was not "me or Eamon Gilmore, what's important is the future of the country and Ireland is now a more unequal society than when labour entered government".

Minister for Education Ruairi Quinn said he regrets Mr Nulty's decision, but the move did not surprise him.

He rejected Mr Nulty's criticism of the party's performance in Government and said over 90% of delegates at a special post-election conference voted to accept the Programme for Government, knowing the challenges they would face.

On the specific point of reductions in special needs hours in schools, Mr Quinn said he wished Mr Nulty had come to him with his concerns.

But he conceded there had been an increase in the population, and he was asking staff in the area to see if they could do more with the same level of resources.

Taoiseach Enda Kenny said that he does not believe the Labour party will be destabilised by Mr Nulty's resignation.

Elsewhere, two Wicklow councillors have resigned from the party.

In a joint statement, Tom Fortune and Barry Nevin said: "We no longer believe that the party holds compatible values with us and we can no longer align ourselves with the party's actions.

"In our view there seems to be an unacceptable centralisation operating within the party that is antidemocratic in its nature." 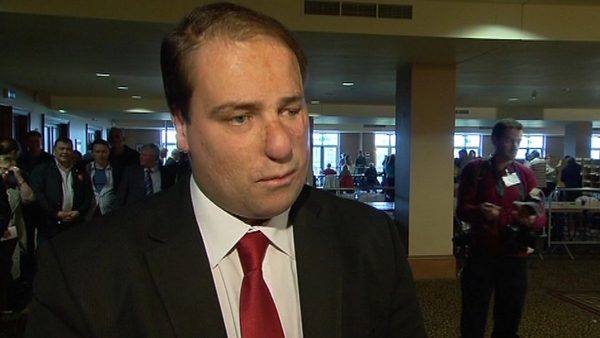