Taoiseach Enda Kenny has reiterated that there will be no free vote for Fine Gael on the Protection of Life during Pregnancy Bill 2013.

Backbencher Peter Mathews sought to bring a motion calling for freedom of conscience on the issue to a vote at a meeting of the parliamentary party this evening.

However, he could not get a colleague to second the motion.

The Galway West TD, who had expressed concerns before the legislation was published, told Mr Kenny last night that he could not vote for the bill as it passes through the Dáil.

In an email to parliamentary party colleagues, Mr Walsh said he regretted if his decision "has the unintended effect of placing you under additional pressures from some of your constituents".

He said this was not a decision that he had arrived at lightly and he accepted that it would likely mean the end of his membership of the parliamentary party and quite possible his political career.

Speaking on RTÉ's News at One, Mr Walsh said around 30 members of the Fine Gael parliamentary party have expressed their concern with the suicide clause in the bill over the last six months.

He said that as many as ten of his colleagues could yet come out in opposition to the bill.

Elsewhere, the Pro Life Campaign has called on the Government to allow for a free vote on the abortion legislation.

Such a vote would mean TDs and Senators would not be disciplined if they go against their parties' wishes.

Spokesperson Caroline Simons said there is a real danger to democracy if people are prevented from voting according to their consciences on life and death issues.

The bill will be debated in the Dáil tomorrow. 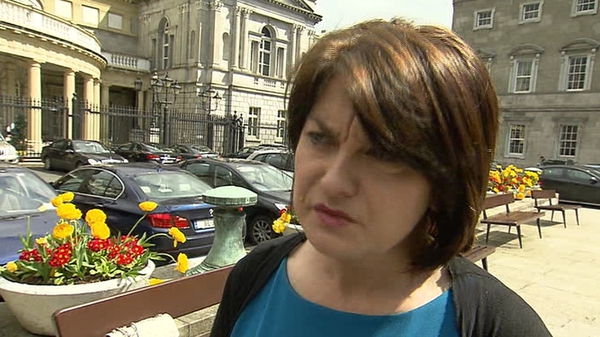