Mourners at the funeral shouted at gardaí to leave the graveyard.

A number of gardaí in riot gear were present for the funeral in Roscommon town.

The disturbances delayed the graveside orations.

Mr Ó Brádaigh's son, Conchúr, had earlier spoken about the nature of the policing during his father's funeral.

He criticised what he called the heavy handed and provocative nature of government policing and security at the funeral.

He retired as president of Republican Sinn Féin in 2009. 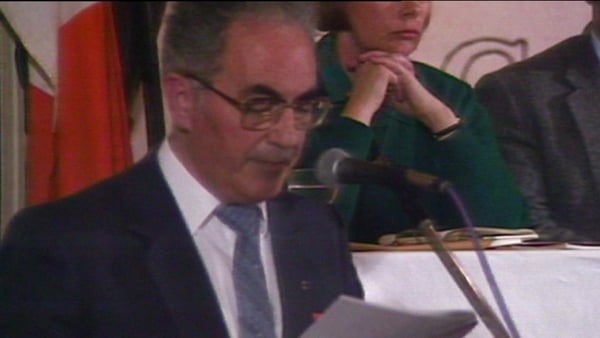