European Union foreign ministers have reached a political deal to extend all EU financial and economic sanctions on Syria for one year.

The move comes despite their failure to agree on amending an arms embargo to help the Syrian opposition.

The British Foreign Secretary, William Hague, said there was "no immediate decision to send arms" to Syrian rebels.

The decision came after lengthy talks in Brussels.

A far-reaching package of sanctions against the government of President Bashar al-Assad was due to expire on the 1st of June.

Britain and France had been pressing to send weapons to what they call moderate opponents of President Assad.

But other countries, including Ireland, had opposed the move, saying it would only worsen the violence.

Speaking in Brussels earlier, Tánaiste Eamon Gilmore said the Government was reluctant to see a further militarisation of the conflict.

EU member states are divided over whether or not to back the Anglo-French plan and to arm moderate rebel groups.

The embargo was due to expire on midnight on Friday.

Britain and France, supported by Italy, were seeking the relaxation of the arms embargo.

The three countries want moderate forces opposed to President Assad to be equipped to gain the upper hand in an increasingly bloody stalemate.

Opposing them were Ireland, Austria, Finland, the Netherlands, Sweden and the Czech Republic.

They want to avoid being dragged further into the conflict beyond the simple imposition of sanctions. 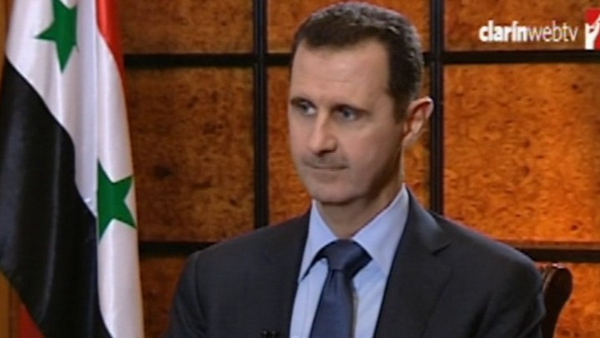