Taoiseach Enda Kenny has called on both the public and politicians to withhold judgement on the Government's planned abortion legislation until it is published.

His comments follow the announcement by Fine Gael TD for Galway West Brian Walsh that he will not vote for the legislation if it includes the threat of suicide as grounds for termination.

Speaking in Spain tonight, Mr Kenny said: "I think that people should wait until they have the explanatory memorandum and heads of a bill before they decide to comment on what's in it."

He said the issue of abortion had been "very socially divisive for a very long time".

He said the Government's efforts were focused on "saving the lives of mothers and about giving equal right to their unborn children".

Asked about suggestions the legislation could lead to a more liberal approach in the future, Mr Kenny said the approach would be "entirely within the constitution, will be strictly legal, will not change the law in any respect, will not import any new rights into the existing legislation, but will provide a sense of certainty".

He said Coalition talks on the legislation had been "very constructive and progressive" and it was "the intention to have the explanatory memorandum and heads of a bill before Government on Tuesday".

There have been growing indications that Fine Gael and Labour ministers will finalise proposals on legislating for the X Case in time for Tuesday's Cabinet meeting.

The main issue to be resolved remains the threat to a woman's life from suicide. However, both parties are confident that agreement can be reached.

The Government’s Expert Group suggested that in cases where the threat to a woman’s life arose from suicide the clinical assessment should be made by three consultants - an obstetrician and two psychiatrists.

The early draft of the proposed legislation envisaged six consultants being involved.

The compromise that is now emerging will involve a smaller number of consultants.

The precise details of this have still to be worked out, both in respect of the number of consultants involved and the timing of their involvement.

At the outset there will be a clinical assessment to determine if there is a real and substantive threat to the life of the woman from suicidal ideation.

A difficulty in framing the legislation is to ensure it allows the consultants involved exercise their clinical independence in respect of the timing or staging of their final assessment before certifying that she is legally entitled to seek a termination.

This could involve a two-stage process, but it may be a matter for the consultants concerned to determine how the clinical assessments are structured.

If, however, the doctors decide there is not a real and substantive threat to her life from suicidal ideation the woman will be entitled to appeal that decision.

The overall shape of the legislation is also emerging.

The Protection of Maternal Life Bill 2013 will allow for terminations in defined circumstances.

Where a woman's life is threatened in a medical emergency the decision can be taken by one doctor who will be legally protected.

Where the threat arises from a medical condition, such as cancer, two consultants, an obstetrician and the relevant specialist will make the decision.

The new laws will allow doctors exercise a conscientious objection.

However, they will not be able to exercise this right in a medical emergency where the life of a woman is at immediate risk if a termination is not carried out.

Terminations will only be allowed in public hospitals with safeguards set out and, there will be no licensing of clinics to carry out terminations.

The draft legislation will also introduce clarity to the existing 1861 Offences Against the Person Act which makes it a criminal offence to perform an abortion outside the law.

This is one of the changes obstetricians have sought to protect them.

They have argued the current legal situation creates uncertainty about when a termination is lawful.

The new legislation will define when a termination can take place.

There will still be a criminal sanction - with up to 14 years in prison upon conviction - for a termination that does not fall within the new legal framework.

Fine Gael TD to oppose any legislation for X Case

Mr Walsh earlier said he would not support any legislation that included suicidal intent as a ground for abortion.

He said he would prefer another referendum to put the question of suicidal intent to the public.

However, he accepts the Government will not hold a referendum and also that there will not be a free vote in Fine Gael on the legislation.

"I won't be able to vote for any legislation that allows for suicidal ideation as a basis for abortion. And I will accept the consequences of losing the party whip if that happens," he told RTÉ.

Fine Gael Senator Fidelma Healy Eames said it would be very difficult for her to support the upcoming abortion legislation, if it includes a clause to allow abortion on the grounds of suicide risk.

She said it would be a line in the sand for her. She said it was about women's lives, and health, and about the lives of the unborn, and that two lives are in question.

Earlier, Minister for Agriculture Simon Coveney said Fine Gael is working with the Labour Party to find a compromise on abortion legislation that will command a majority in both parties.

A much clearer picture is likely to emerge at the Cabinet meeting this week, the minister said, but added that legislation should not be rushed.

He told RTÉ's The Week in Politics that it could take another week to reach an agreement.

He said that he shared most the of views expressed by Minister of State Lucinda Creighton on the issue.

The Agriculture Minister confirmed that he had a number of "private conversations" with Minister for Heath James Reilly about the legislation in recent days.

Reports in today's Sunday Independent about the views of two Labour TDs on abortion legislation were attempting "to sow division" between the Government parties, Mr Coveney said.

Minister of State at the Department of Transport Alan Kelly has said the secretly taped conversations with his Labour colleagues on abortion legislation "reflect their individual opinions" and will have no impact on how the Government will deal with the issue.

He said Labour was the only party that said it would legislate for the X Case in its manifesto.

The minister said the public are ahead of legislators on this issue, and it needs to be dealt with.

He said he was hopeful that the heads of the bill will be brought to Cabinet on Tuesday.

Labour TD Aodhán Ó Ríordáin has responded to the report of a secretly taped-conversation he had with a woman at his constituency office in Marino in June of last year about legislating on the abortion issue.

In a statement, Mr Ó Ríordáin said a recording of the meeting emerged on tape a number of months ago, adding that it took place without his consent or knowledge.

He said it was a pre-arranged appointment with a woman who presented herself as a constituent with a query about third-level fees.

Mr Ó Ríordáin said his views and those of the Labour Party on the X Case legislation are well known and that they are fully committed to passing legislation which was included in its pre-election manifesto. 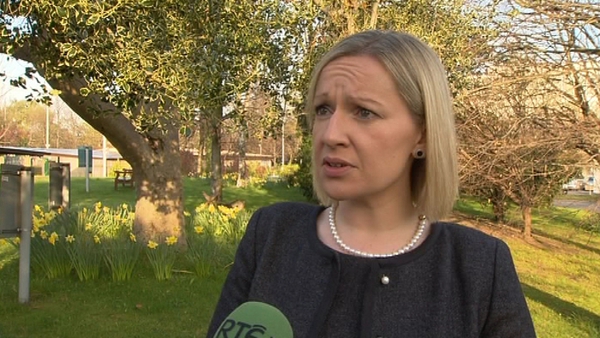