Two children from the Diocese of Cloyne in Co Cork have been confirmed by Pope Francis at a ceremony in St Peter's Square in Rome.

Emily Mulcahy from Cobh and Edmond Roche, from Fermoy - both aged 12 - were chosen from among 40 children from around the world to be confirmed by the pontiff, as part of the Year of Faith celebrations.

The children had their names chosen from a hat in their respective parishes.

The diocese of Cloyne was invited by the Vatican to chose a boy and a girl to take part in the unique ceremony, just six weeks into the new Pope's pontificate.

They are both altar servers, and their classmates have just been confirmed in Cobh and Fermoy respectively.

Emily, who attends Saint Mary's school in Cobh, has been accompanied to Rome by her parents Paul and Margaret, her sister Sophie and twin brothers Andrew and Luke, while Edmond, who attends Gaelscoil na hIde in Fermoy, has travelled with his mother Bernadette and brother David.

Both were said to have been shocked, surprised, then thrilled at the prospect of travelling to the eternal city to be confirmed by Pope Francis. 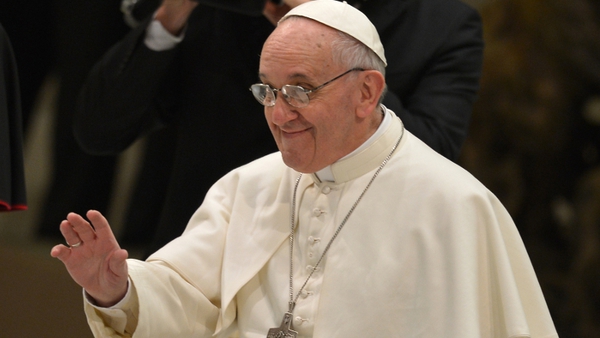