Minister of State Kathleen Lynch has signalled to the Dáil that efforts are under way to prevent the destruction of heel prick tests carried out between 1984 and 2002.

The tests, known as Guthrie tests, contain the DNA of babies born in the state between those years.

The destruction of what Ms Lynch described as an incredible resource was triggered by a ruling from the Data Protection Commissioner that holding on to them was unlawful as parental consent has not been secured.

She said the resource was unique we would need to find a way of protecting a resource that could be useful in future advances in the treatment of diabetes, liver and cardiac issues as well as Sudden Cardiac Death.

Ms Lynch said further consideration must be given to how we can deal with the matter.

She said it was the job of politicians to make things lawful or unlawful.

She was responding to a question raised in a Topical Issues debate this afternoon in the Dáil.

However, she warned that dealing with the matter retrospectively would be difficult.

The impending destruction of the Guthrie cards follows a decision by the Data Protection Commissioner who determined that the holding of the information on the cards was unlawful because consent had not been obtained from parents, or guardians.

A subsequent review by Government had not found to the contrary.

The deadline for individuals to contact a HSE established website to request Guthrie cards is the 31 March.

The minister said no cards would be destroyed until all requests had been dealt with.

She described a Red C poll that showed awareness of their right to have Guthrie Cards returned to them at 12% arising from a HSE publicity as "telling".

She said that Minister Reilly was looking into this. 1616

Minister Lynch suggested that an "opt out" policy rather than and "opt in" policy might be a way of protecting what she described as an incredible resource in terms of the research possibilities the population DNA presented and the possibility of future screening for Sudden Cardiac Death and other conditions.

She said the Government had to take the Data Protection Commissioner's decision but the matter required a very serious look to see how it could be protected.

The impending destruction of the Guthrie cards was raised by Labour's Anne Ferris TD and Fianna Fáil's Billie Kelleher TD.

The Guthrie Cards or newborn screen cards involve a prick to a heel in newborn infants as part of a national screening programme for certain rare medical conditions.

The Health Committee will examine the issue on 28 March, in advance of the end-of-the month deadline. 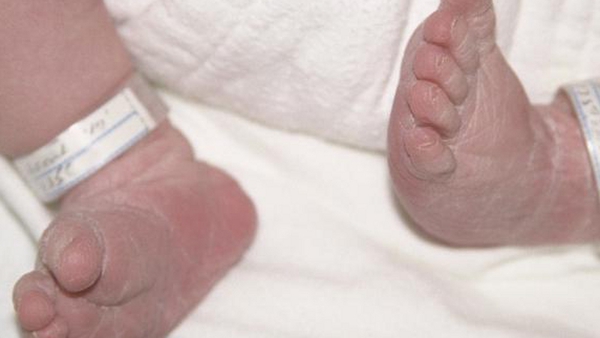