North Korea has threatened to attack rival South Korea if Seoul joined a new round of tightened UN sanctions.

In a third straight day of fiery rhetoric, the North directed its verbal onslaught at its neighbour, saying: "'Sanctions' mean a war and a declaration of war against us."

The reclusive North has this week declared a boycott of all dialogue aimed at ending its nuclear programme and vowed to conduct more rocket and nuclear tests after the UN Security Council censured it for a December long-range missile launch.

"If the puppet group of traitors takes a direct part in the UN 'sanctions', the DPRK will take strong physical counter-measures against it," the North's Committee for the Peaceful Reunification of Korea said, referring to the South.

The committee is the North's front for dealings with the South.

DPRK is short for the North's official name, the Democratic People's Republic of Korea.

Seoul has said it will look at whether there are any further sanctions that it can implement alongside the United States, but said the focus for now is to follow Security Council resolutions.

The resolution said the council "deplores the violations" by North Korea of its previous resolutions, which banned Pyongyang from conducting further ballistic missile and nuclear tests and from importing materials and technology for those programmes.

It does not impose new sanctions on Pyongyang.

North Korea's rhetoric this week amounted to some of the angriest outbursts against the outside world coming under the leadership of Kim Jong-un, who took over after the death of his father Kim Jong-il in late 2011.

Yesterday, the North said it would carry out further rocket launches and a nuclear test, directing its ire at the United States, a country it called its "sworn enemy".

US Defence Secretary Leon Panetta said the comments were worrying.

"We are very concerned with North Korea's continuing provocative behavior," he said at a Pentagon news conference.

"We are fully prepared ... to deal with any kind of provocation from the North Koreans.

"But I hope in the end that they determine that it is better to make a choice to become part of the international family."

North Korea is not believed to have the technology to deliver a nuclear warhead capable of hitting the continental United States, although its December launch showed it had the capacity to deliver a rocket that could travel 10,000km, potentially putting San Francisco in range, according to an intelligence assessment by South Korea.

South Korea and others who have been closely observing activities at the North's known nuclear test grounds believe Pyongyang is technically ready to go ahead with its third atomic test and awaiting the political decision of its leader.

The North's committee also declared that a landmark agreement it signed with the South in 1992 on eliminating nuclear weapons from the Korean peninsula was invalid, repeating its long-standing accusation that Seoul was colluding with Washington. 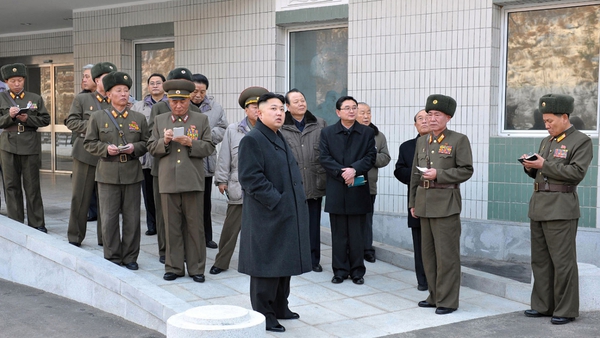 North Korea to carry out nuclear tests targeting the US