The Army organised a 21-gun salute to say goodbye to the Tall Ships, which left Dublin's docklands this morning.

Over 1m people came to see the ships over their four-day visit to Dublin.

Another 100,000 people are estimated to have watched today's Parade of Sail from the Dublin Bay shoreline.

Crowds in the city centre today built up to 200,000 by midday and were causing safety concerns, particularly at the funfairs on the north quays.

Crowd numbers were calculated using CCTV pictures throughout the day.

Gardaí decided to curtail the festivities and some events were stopped for a time at around lunchtime.

Most events got going again later and finished at 6pm as scheduled. 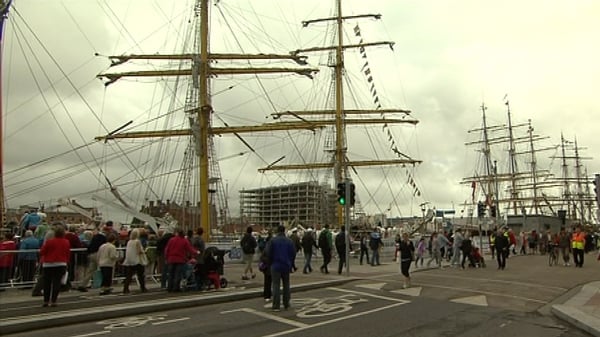