The Michaela McAreavey murder trial in Mauritius was adjourned for a time following heated exchanges between legal teams in the case.

The break came after the questioning of a police officer by a lawyer for one of the defendants about material that had been returned to John McAreavey three days after the murder. There were personal items, including a book and a laptop computer.

But prosecution counsel at Port Louis's criminal court, Mehdi Manrakhan, strongly objected to the line of questioning, prompting the judge to adjourn proceedings for a period.

When the trial resumed, the judge requested that people under the age of 18 not be in the courtroom for further questioning of the police officer.

The lawyer had asked why the laptop had not been examined as it might contain information about sites visited.

He also asked a number of times whether the officer was familiar with the contents of the book.

Avinash Treebhoowoon, 30, and co-accused Sandip Moneea, 42, deny murdering the 27-year-old teacher on her honeymoon at the Legends Hotel in January last year.

A jury of nine - six men and three women - is hearing the case and judge Mr Justice Prithviraj Fecknah is presiding.

Almost 50 witnesses are listed to give evidence.

Though most Mauritians speak French Creole as their first language, court proceedings are being heard in English.

The case against Treebhoowoon, from Plaine des Roches, and Moneea, from Petit Raffray, was scheduled to last two weeks but is set to go on for much longer with Judge Fecknah yesterday warning that a "lengthy trial" was ahead.

It is already one of the most high-profile criminal cases held on the island.

Mrs McAreavey, from Ballygawley, Co Tyrone, was the only daughter of Mickey Harte, the manager who steered Tyrone to three All Irelands.

Court proceedings have closed for the week. 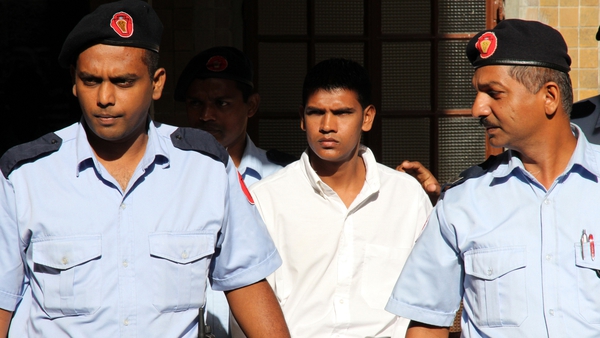