A 13-month-old boy from Dublin is travelling on the government jet to the US for emergency surgery.

Sergio O'Connor suffers from a rare digestive condition that prevents him from eating, drinking and swallowing.

He is being taken to the Boston University Children's Hospital, where he will undergo a pioneering procedure to "grow" a new oesophagus.

The operation will involve inducing the boy into a coma for approximately three to six weeks, while surgeons use a procedure to stimulate the growth of his oesophagus.

Sergio's grandfather, Mick, said his grandson received "a great send-off" from staff at Our Lady's Children's Hospital Crumlin this morning.

Mr O'Connor added that Sergio's parents, Donal and Rosa, have been "absolutely overwhelmed" with messages of support for Sergio.

Sergio has been a patient at the hospital since birth, with only brief visits home allowed.

On its return journey tomorrow, the government jet will bring home 18-month-old Elie Madden, who suffers from the same condition.

She has recently taken her first meal after several operations and has been able to use her voice for the first time. 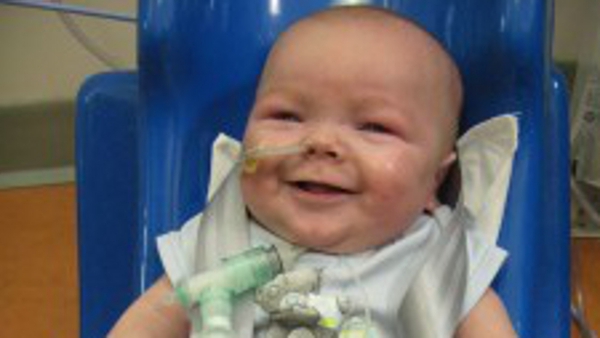 Dublin boy with incomplete oesophagus to get treatment in US