Fianna Fáil leader Micheál Martin has said action will be taken if former deputy leader Éamon Ó'Cuív were to campaign against the fiscal compact treaty during the forthcoming referendum.

Mr Ó'Cuív has said he will vote for the Bill clearing the way for a referendum when it comes before the Dáil thereby avoiding any threat of expulsion from the Fianna Fáil parliamentary party for defying the party whip.

Speaking on tonight's The Week in Politics, Mr Martin was asked what was the position if Mr Ó'Cuív were to then campaign for a No vote.

"Given that the party has taken a position on this, in terms of supporting the Treaty, it would not be acceptable that someone would campaign against the Treaty," he said.

Pressed about whether all TDs would be expected to support the party line, he added: "Yes, absolutely."

Asked what would happen if any TD did not maintain support for the party line, he added: "There will be consequences. We can't have a situation where the parliamentary party has agreed a particular action and people go off and do something differently."

Earlier today, Mr Martin defended the bank guarantee, which was introduced while he was a serving cabinet minister in September 2008.

Mr Martin said the Governor of the Central Bank, and many other analysts, suggested that if it was not given there would have been an immediate and catastrophic impact on the economy.

Speaking on RTÉ’s This Week, he said the jury was out on the scale of the guarantee, but insisted he was not apologising for the guarantee itself.

He said instead that he was apologising for certain policies that were followed which undermined Ireland's capacity to withstand the economic crisis that emerged.

His comments came hours after his address to the Fianna Fáil Árd Fheis in which he offered an unequivocal apology for mistakes that were made when his party was in government.

The former minister for foreign affairs said the crisis demanded complete reform of public life and called for a move away from a system of government that had become too centralised. 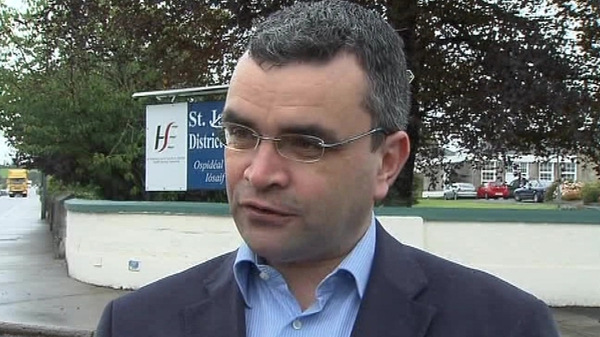