Greece's sovereign debt rating has been cut to the lowest possible level by Moody's after a debt-restructuring deal that imposes hefty economic losses for private creditors.

Moody's lowered Greece's local and foreign-currency bond ratings a notch to C from Ca, becoming the third credit rating agency to downgrade the country following the announcement of the swap deal to lighten its debt burden.

It says that bonds rated C "are the lowest rated class and are typically in default, with little prospect for recovery of principal or interest."

The rating agency added that it did not assign any future outlook.

"The announced debt exchange proposal," it said in a statement, "implies that private creditors that participate will incur substantial economic losses on their holdings of the Greek government debt."

On Monday, Standard & Poor's cut Greece's long-term ratings to "selective default," the second ratings agency to proceed with a widely expected downgrade after the country announced the bond swap.

Fitch had announced a cut to its lowest rating above default last week.

Greece formally launched the bond swap a week ago.

Under the deal, which is part of a second €130bn rescue package to claw Greece back from the brink of a disorderly default, bondholders will take losses of 53.5% on the nominal value of their Greek holdings, with actual losses put at around 74%.

"The announced proposal for private sector involvement, a pre-condition for the provision of further financial assistance from the euro area, would constitute a distressed exchange, and hence a default, on Greek government bonds," Moody's said. 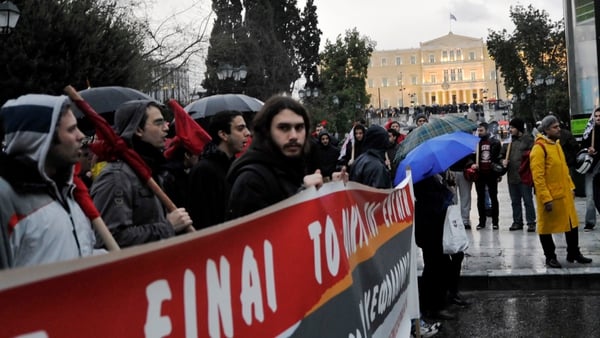