The International Monetary Fund says it is urging the European Union and the European Central Bank to restructure the Anglo Irish Bank promissory notes.

It said such a restructuring would improve Ireland's debt sustainability, and help the country return to market funding next year.

IMF Deputy Mission Chief to Ireland Craig Beaumont said that because of market uncertainty surrounding the eurozone and Ireland's debt dynamics, the IMF was encouraging the EU to "proactively take steps to re-enforce the prospects of Ireland gaining adequate market access in 2013".

Mr Beaumont confirmed that this meant a restructuring of the promissory note arrangement.

He said such steps could help Ireland avoid ongoing reliance on official funding and contribute to European economic stability.

Mr Beaumont said he could not quantify the effect such a restructuring could have, but he said it would re-enforce Irish debt sustainability.

He said discussions on the promissory note issue were making good progress, and that a substantial amount of time had been spent on the issue.

But he said there was no deadline on the matter, despite a payment of €3.1bn on the promissory note falling due at the end of the month.

He said market access was still possible for Ireland in 2013, but he said the risks that this might not happen were still high, and the IMF would like to reduce those risks.

Reacting to the news that the IMF is urging a restructuring of Anglo promissory notes, Fianna Fáil's Michael McGrath has urged the Government to engage in robust political negotiations and secure a deal before the €3.1bn due to be paid at the end of March is transferred.

He said the IMF's public pressure on the EU and ECB increases pressure on those bodies to step up to the plate, which is a real window of opportunity for this country.

Sinn Féin Deputy Leader Mary Lou McDonald has said that even the IMF recognise Ireland's debt burden is unsustainable and the Government has had the opportunity to argue the case for some time.

She said the Government must not, under any circumstances, pay €3.1bn on the promissory note at the end of the month.

Ms McDonald said the key thing for the Government is to deal with the capital sum involved, because the debt burden has to be reduced and she said arguments about interest rates or length of maturities are peripheral issues.

In its fifth review of Ireland's bailout programme, the IMF says that the 2011 targets were met, or exceeded, but warns that the economy faces greater external and domestic challenges than expected.

It said the growth outlook has deteriorated as export prospects are hit by the predicted eurozone recession.

It expects a bigger fall in consumer spending because of house price falls and the level of debts in Irish households.

The IMF said the growth projected for this year has been revised down to 0.5% with the expected eurozone recession expected to slow the country's export growth to 2.75%.

It said, however, the slowdown will be cushioned by the resilience of pharmaceuticals and Information Technology services and by the continuing improvements in competitiveness.

The IMF said that the country's unemployment rate remains unacceptably high at over 14% and says that the economic slowdown in other eurozone countries is making it more difficult for Ireland to fully recover from its housing bust in 2008.

The Fund noted that during the period examined, strong implementation of financial sector reforms continued.

However, it said that further efforts are needed to make sure that the country's banks become healthy enough to contribute to Ireland's sustained economic recovery. 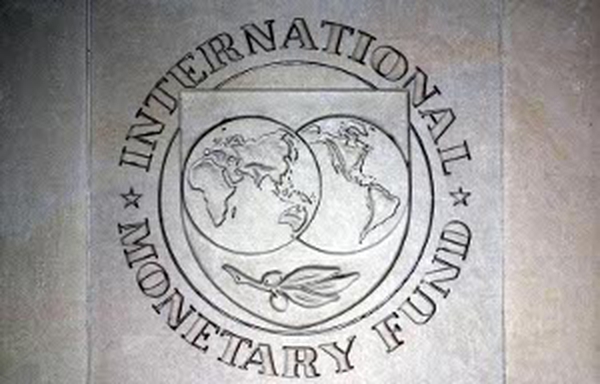