Fianna Fáil TD Willie O'Dea has said the party is united on the issue of the EU fiscal treaty referendum, despite the resignation of Éamon Ó Cuív.

Speaking on RTE's Morning Ireland, Mr O' Dea said while he understood Mr Ó Cuív's stance, he felt that opposing the treaty was not the right option.

Mr Ó Cuív said he agreed to resign because of a fundamental policy difference between him and the party on the European Union Fiscal Stability Treaty.

Mr O'Dea said he believed Mr Ó Cuív would only be "temporarily" off the party's front bench.

Mr Ó Cuív later told TG4 that he does not believe he will lose the party whip.

He is also understood to have withdrawn his name from consideration for the position as Vice-President of the party.

The position is to be decided at the party's Ard Fheis this weekend. 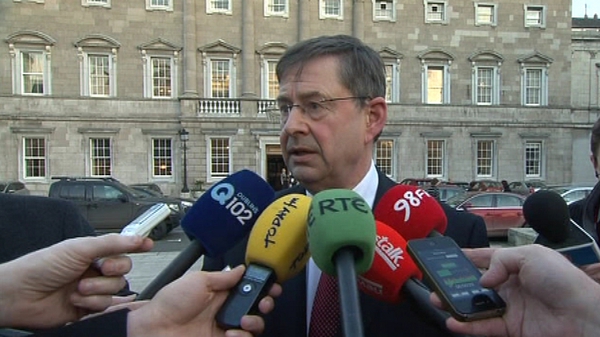