Convicted drug dealer John Gilligan has been given a further six-month prison sentence by the Special Criminal Court after he pleaded guilty to possession of a mobile phone at Portlaoise District Court in 2010.

Gilligan was due for release from prison in April next year but today the court handed him a consecutive six-month sentence.

Gilligan, 59, whose address was given as "care of Portlaoise Prison", pleaded guilty to possession of a "mobile telecommunications device" whilst in lawful custody at Portlaoise District Court on 30 March, 2010.

The native of Ballyfermot, Dublin was cleared in 2001 of the murder of journalist Veronica Guerin in June 1996.

However, he was convicted by the Special Criminal Court in March 2001 of 11 offences of unlawfully importing cannabis resin into the State on various dates between 1 July, 1994 and 6 October, 1996, and unlawful possession of cannabis resin for sale or supply on the same dates.

Gilligan was originally sentenced to 28 years in prison for the drugs offences, but this was reduced to 20 years on appeal.

He was also convicted in June 2002 of threatening to kill two prison officers in March 2001 and was given a two-year prison sentence to run consecutively after the 20 years sentence.

In March last year, he was also given an eight-month prison sentence at Portlaoise District Court for having a Nokia mobile phone in his cell at Portlaoise Prison on 30 July, 2008.

Detective Garda Pat Scully told the court that during his trial at Portlaoise District Court in 2010, Gilligan, who was defending himself, was seen by gardai rooting in a shopping bag that contained his legal documents.

He was seen to detach something from underneath the bench and to drop it in the bag. When Gilligan was searched by prison staff a mobile phone was retrieved from the shopping bag.

Gilligan was interviewed by gardaí about the mobile phone and he told them that he believed that when he was in court, the Prisons Act did not apply and he had not broken the law.

He told gardaí that he intended to use the phone to contact his solicitor and then he was going to break it up.

Detective Garda Scully said that the earliest date for Gilligan's release from prison is April 2013.

Cross examined by Gilligan's counsel, Mr John Peart SC, Det Gda Scully agreed that Gilligan had already been dealt with by the prison governor for having the mobile phone in court and had been given 60 days in the segregation unit with loss of privileges.

Mr Peart told the court that Gilligan has spent many years in prison and while in prison four members of his family have died.

Mr Justice Paul Butler, said that the court had no experience of dealing with the offence, but the Oireachtas has fixed a maximum of five years imprisonment for the charge.

He said that the court took the view that any sanction imposed must mean something to the accused to discourage others from committing the same offence and in the circumstances the court sentenced him to six months imprisonment to start from the conclusion of his current sentence. 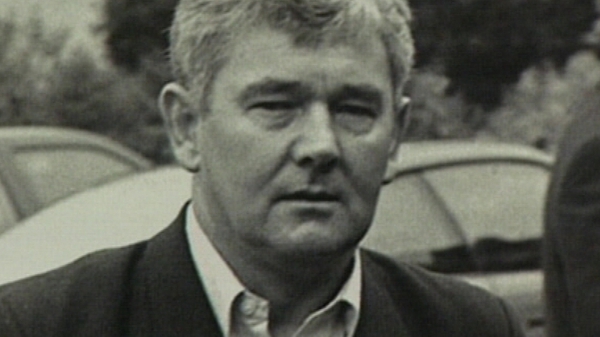