The Government is to shut down the decentralised offices of FÁS, the Equality Tribunal and the Department of the Environment, Community and Local Government.

The latest closures were approved by the Cabinet yesterday.

Staff from the FÁS office in Birr, Co Offaly, the Equality Tribunal in Portlaoise, Co Laois, and the Department of the Environment Community and Local Government in Tubbercurry, Co Sligo, will be redeployed to other public service employers nearby.

Around 90 State employees will be affected by the cancellation of the three projects.

Last November, the Government announced it was abandoning the decentralisation project announced by the coalition government of Fianna Fáil and the Progressive Democrats in 2003.

Thirty-two projects where accommodation was already complete, or almost complete, were to be left in place.

However, 22 further projects were to be reviewed.

The outcome of that review is that the FÁS headquarters in Birr, the Equality Tribunal office in Portlaoise and the Department of Environment Community and Local Government office in Tubbercurry are described as "no longer viable" and are to be shut down.

The leases on their accommodation are to be terminated to save money.

Thirteen viable temporary accommodation projects will remain in-situ and will be managed like other regionally-based offices and departments.

The Equality Tribunal and FÁS believe they can redeploy staff from their respective locations in Portlaoise and Birr to other civil and public service employers nearby.

However the Department of Environment, Community and Local Government plans to retain some staff in Tubbercurry in the short-term, but aims to maximise the number of staff moving to Ballina, Co Mayo, over time.

Others will be redeployed to other public service employers in the general vicinity.

Four projects are to remain where they are because of particular issues with their accomodation.

They are the Property Registration Authority in Roscommon, the Irish Naturalisation and Immigration Service in Tipperary, Bord Iascaigh Mhara in Clonakilty, Co Cork, and the Development Co-operation Division of Department of Foreign Affairs and Trade in Limerick.

Projects where the advance parties in temporary accommodation will remain where they are include: 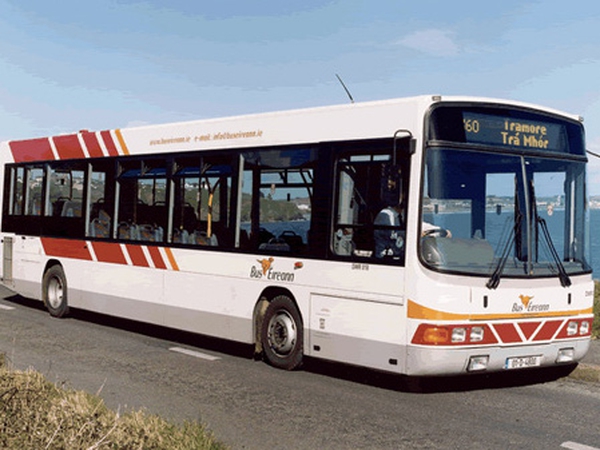