Greek political parties have again delayed making the tough choice of accepting painful reforms in return for a new international bailout to avoid a default.

With a series of deadlines come and gone, leaders of the three parties in the coalition of Prime Minister Lucas Papademos postponed what was supposed to be a crunch meeting until tomorrow.

One party official blamed the delay on missing paperwork, which is the same reason given when the meeting was postponed from yesterday to today.

"The reason is that the political leaders will not have the time to assess the measures in the bailout," said the party official, who declined to be named.

The delay is likely to enrage eurozone leaders, who are desperate to tie up the €130bn rescue after months of argument.

There have also been EU warnings that the eurozone can survive without Greece.

The heads of the conservative, socialist and far-right parties had yet to receive the draft agreement with the EU and IMF just half an hour before the meeting was due to start at 7pm Irish time.

"We can't say a plain yes or no unless we have assurances from the relevant authorities and the state that these actions are constitutional and will lead the country out of the crisis," far-right LAOS leader George Karatzaferis said.

"There is time. When it comes to future of the country, we will find the time."

Party leaders have hesitated to accept the tough terms of the deal, which are certain to mean a big drop in living standards for many Greeks.

The EU-IMF are calling for cuts in the minimum wage, removal of holiday bonuses, scraping of wage bargaining agreements and a reduction in pensions.

Adding to the pressure, unions staged a 24-hour strike today, and protesters tussled with police outside parliament.

A German flag was set on fire in response to tough statements yesterday by German Chancellor Angela Merkel, who demanded a deal be quickly agreed by Greek politicians.

However, Ms Merkel has tonight tried to play down any tension by saying that she would not try to force Greece out of the euro.

Elsewhere, European Commission Vice-President Neelie Kroes insisted that the eurozone would not collapse if Greece withdrew.

Ms Kroes said: "It's always said that if you let one country get out, or ask it to get out, then the whole structure collapses. But that's simply not true."

Ireland ready to sign off on Greek negotiations: Noonan

Minister for Finance Michael Noonan has said that they are ready to go to Brussels to sign off on negotiations regarding Greece if they are completed in the next few days.

Speaking before this morning's Cabinet meeting, he said that there were "very tense negotiations" going on in Athens.

Mr Noonan said as a "Programme Country", Ireland wished Greece well but was not going to interfere in its negotiations.

He said that last night they were asked to be ready to travel out on Thursday evening, but reports this morning suggested that they may not meet that deadline. 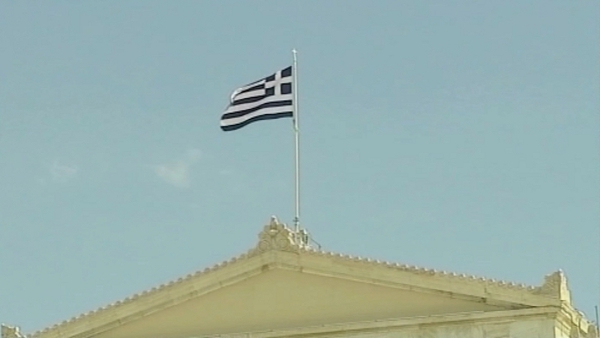