Over 60 divers joined in the search today for the bodies of the two missing crewmen from the trawler that sank in Glandore Bay almost three weeks ago.

The search was stood down at around 5.30pm and will resume again tomorrow.

Mr Kearney said he was optimistic that they could have a result tomorrow as conditions will be much better.

Mr Kenny thanked the emergency services and the volunteers for helping with the effort which has being going on since the trawler sank nearly three weeks ago.

Five men lost their lives in the tragedy.

The bodies of crewmen Kevin Kershaw, Attea Shaban and Wael Mohamad were recovered nearby in the days following the disaster.

Mr Kenny also met with Mr Hayes' family and some of the Egyptian families and he offered hopes and prayers for the recovery of the remaining crew members. 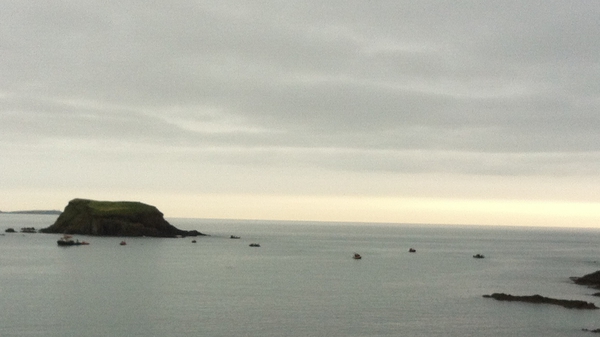