Aer Lingus has cancelled a number of flights between Ireland and the UK due to heavy snow falls in Britain.

A number of flights to and from London Heathrow and Gatwick airports from Dublin, Shannon and Cork have been affected.

Passengers are advised to check the Aer Lingus website for more information.

Heathrow Airport has said that a third of its flights will be grounded tomorrow.

Hundreds of people were rescued today after a ferry caught in a snow storm hit a breakwater off Italy, as a vicious cold snap that has claimed over 260 lives across Europe tightened its grip.

Ukraine has suffered the heaviest toll with 122 deaths, including many who froze to death in the streets, as temperatures plunged to as low as minus 38.1 degrees Celsius.

In Italy, the ferry Sharden hit a breakwater shortly after setting off from the port of Civitavecchia near Rome, causing panic among the 262 passengers who feared a repeat of a cruise ship tragedy in the area last month that killed 32.

Coastguard spokesman Carnine Albano said the accident, which tore a 25m hole in the ship's side above the waterline, happened after the vessel was buffeted by a violent snow storm from the northeast.

All passengers were evacuated and no injuries reported.

The heaviest snowfall in 27 years in Rome caused the capital better known for its warm sunshine to grind to a halt, with taxis and buses unable to navigate through the icy streets without snow chains.

Parts of the Venice lagoon also froze over.

A 46-year-old woman died in Avellino, near Naples in southern Italy, after a greenhouse roof laden with snow collapsed on her and the ambulance failed to get through the blocked roads to her in time.

A homeless man in his sixties of German origin was found dead, apparently of cold, in the central town of Castiglione del Lago.

"Gazprom at the moment cannot satisfy the additional volumes that our Western European partners are requesting," the company's deputy chairman Alexander Kruglov said at a meeting with Prime Minister Vladimir Putin, according to Russian news agencies.

Frigid temperatures even edged into north Africa, with the temperature forecast to drop to -5C in Algiers tonight.

In Algeria's eastern region, a 17-year-old man was assumed killed after he was swept away by a swollen river. Many domestic and international flights were cancelled.

In Poland, the death toll rose to 45 as temperatures reached -27C in the north-east. In Romania, four more victims were found, bringing the number of fatalities in the country to 28. 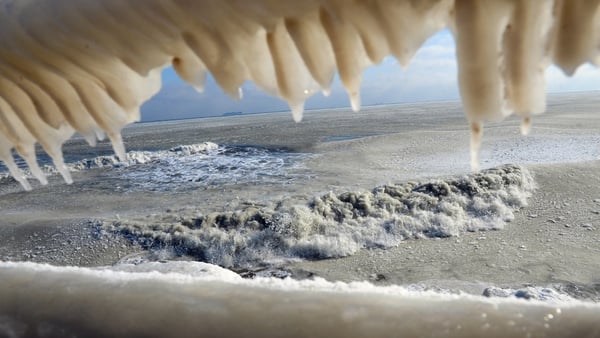