Voting for the Shura council will be held over two stages ending in the middle of February and follow a lower house election that was Egypt's most democratic since military officers overthrew the king in 1952.

The series of elections for both houses of parliament are the first since Hosni Mubarak was toppled from the presidency on 11 February last year by a popular uprising.

The Muslim Brotherhood, an Islamist group banned during his rule, won 47% of the seats in the lower house, more than any other party.

"The Shura council elections are as important as the People's Assembly (lower house) elections," said Hussein Ibrahim, a member of the Brotherhood's Freedom and Justice Party and head of its parliamentary bloc.

"Members of both chambers will choose the committee that will draft the constitution, the milestone of Egypt's democratic transition," he said.

Under an interim constitution, parliament is responsible for picking the 100-strong assembly that will write a new constitution to replace the one that helped keep Mubarak in power for three decades.

Elections for the Shura Council have traditionally been less intense than lower house due to the breadth of constituencies that makes it harder for voters to know their candidates.

The Shura chamber's powers are limited and it cannot block legislation in the lower house. However, its members must be consulted before lower house MPs pass any bill.

Of the Shura council's 270 seats, 90 will be decided in the first round of voting to be held today and tomorrow, with run-offs on 7 February.

Another 90 will be determined by voting on 14 and 15 February, with run-offs on February 22.

The remaining 90 will be appointed by Egypt's next president, expected to be elected in June according a transition timetable drawn up by the military council to whom Mubarak handed power nearly a year ago.

"The elected part of the Shura council will convene without the appointed seats until presidential elections are held and the new president appoints the other 90 members," an official from the body overseeing the election told Reuters. 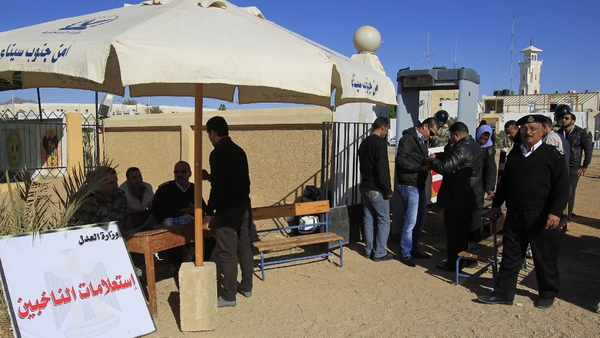