Dutch teen Laura Dekker has become the youngest sailor to complete a solo circumnavigation of the world, a year after going to court for the right to make the attempt.

The 16-year-old completed her solo round-the-world journey when she sailed into harbour on the Caribbean island of Sint Maarten at 3pm (7pm Irish time).

Ms Dekker, who left the island on 20 January 2011, beat the previous record by eight months.

As she turns 17 on 20 September, she had to complete her journey before 16 September to beat the record for the youngest sailor to make an unassisted world tour.

Her parents and a 400-strong crowd of well-wishers - on shore and in small boats - welcomed the teen.

Just to get to the starting line, Ms Dekker had to fight her way through the Dutch courts, who at first blocked plans for her to cast off a year earlier, when she was just 14.

The court ordered her placed in the care of welfare officers on the grounds that she was too young to guarantee her safety at sea.

She ran away to Sint Maarten, an island of the Lesser Antilles divided between France and the Netherlands, and police had to escort her back home.

She finally won her court battle with Dutch child welfare authorities in July 2010 - after ten months - and set sail, originally from Gibraltar on 21 August 2010 in her yacht Guppy.

But a change of her planned course led her to make the starting point from her trip Sint Maarten instead.

Born on a boat in New Zealand of a seafaring family, Ms Dekker also lived on a boat in the Netherlands with her father Dick before setting out on her voyage.

The previous record holder was Australian Jessica Watson, who achieved it in May 2010, three days before she turned 17.

But unlike Ms Watson, who circumnavigated non-stop, Ms Dekker sailed from port-to-port and was never at sea for more than three weeks.

Ms Dekker's achievement will not be entered in the Guinness Book of World Records however, as it has refused to recognise records by minors which are considered "unsuitable".

Neither will the World Sailing Speed Record Council - the official body that validates such records - acknowledge the feat.

"All that matters is speed, we don't do any personal records, age doesn't matter," said the council's secretary John Reed. 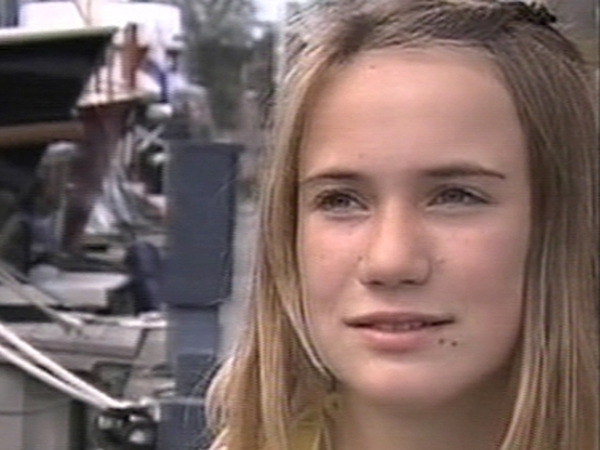