Landlords face cuts in rent of up to €270 in some parts of the country as reductions in welfare rent allowances take effect.

While some of those in receipt of these allowances face eviction as landlords refuse to reduce the rent to the new lower thresholds.

In 2011 the Government paid €500m in rent to landlords for 94,000 social welfare tenants living in private apartments and houses.

The Department of Social Protection carried out a review of rents and found the State was paying well in excess of market value in many parts of the country. Minister Joan Burton says she's reducing the level of rent she's prepared to pay to private landlords in the hope of saving €22m this year.

The level of cuts varies across the country from less than €20 in some areas to €270 a month in others.

Landlords say the reduction in rent supplement is too much and will drive down rental rates and subsequently house prices.

Margaret McCormick from the Irish Property Owners' Association said some landlords will not be able to accommodate the reduced rates and will have to terminate their tenancy agreements.

She said others would try to accommodate their tenants if possible. However she said it was deeply unfair and unreasonable that the Government was trying to set market rental rates by reducing rental supplements.

It is not just the reduction in rent supplement payments that is troubling tenants. They also now have to make an increased personal contribution €30 for single people, €35 for a couple.

The Irish National Organisation of the Unemployed said it had received a significant number of telephone calls from concerned recipients of rental allowances.

Brid O'Brien of the INOU said she felt many social welfare recipients would find themselves struggling to hold onto their accommodation as a result of the cuts. She said much of the wriggle room that both tenants and landlords had been using in recent years was gone now. She said tenants could not top-up rental allowances any further, and many landlords could not afford to reduce rents any further.

The range of cuts vary, but taking the example of a one or two parent family with two children.

In Cork, the new maximum rent supplement is €715 a month...according to figures from the latest Daft.ie rental reporter, the average rent for a two-bedroom property in Cork city is €775 Euro .

For the rest of Dublin, the allowance is down from €1050 a month for a family with two children to €925. 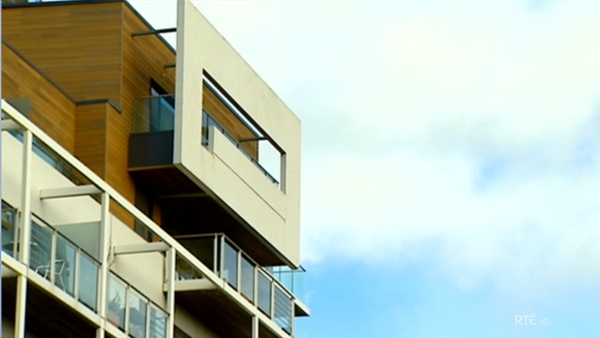