Standard & Poor's has downgraded France and Austria's AAA credit rating but will spare Germany, Belgium, Luxembourg and the Netherlands.

France's finance minister confirmed this evening that the ratings agency had warned the government of its intention.

Speaking on public television, Francois Baroin said the firm would bring its rating down one notch to AA+, but insisted that it was the government and not private agencies or the markets that would decide on economic policy.

"It's not good news, but it's not a catastrophe," Mr Baroin said after crisis talks with President Nicolas Sarkozy, adding: "It's not ratings agencies that decide French policy."

France - along with Germany, Luxembourg and the Netherlands - was among the six eurozone nations with a AAA rating.

A spokesman for the NTMA welcomed the confirmation by S&P that Ireland’s rating is unchanged saying it was a “positive development”.

S&P warned last month that the credit ratings of 15 of the eurozone's 17 member states were at risk of a downgrade due to the ongoing debt crisis.

In December, S&P placed the ratings of 15 euro zone countries on credit watch negative - including those of Germany and France -and said "systemic stresses" were building up as credit conditions tighten in the 17-nation bloc.

Since then, the European Central Bank has flooded the banking system with cheap three-year money to avert a credit crunch.

At the time, S&P said it could also downgrade the euro zone's current bailout fund, the EFSF.

The ratings agency said that if a downgrade did materialise, countries such as Germany, Austria, Belgium, Finland, the Netherlands and Luxembourg would likely see ratings cuts of only one notch.

"It's been priced in for several weeks, but the market had been lulled into complacency over the holidays, and the new year began with a bounce in risk appetite, thanks partly to a good Spanish auction," said Samarjit Shankar, Director Of Global Fx Strategy at BNY Mellon in Boston.

"But the Italian auction brought us back to earth and now we face the spectre of further downgrades."

Italy's three-year debt costs fell below 5% but its first bond sale of the year failed to match the success of a Spanish auction the previous day, reflecting the heavy refinancing load Rome faces over the next three months. 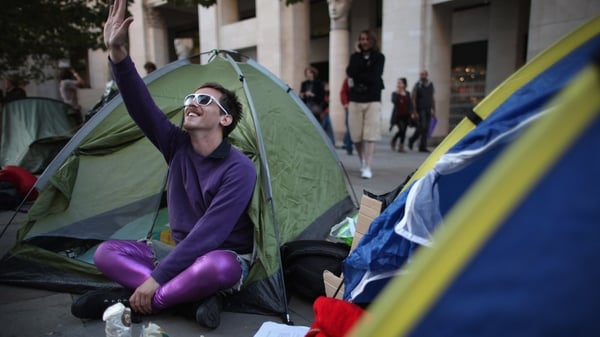