The Chairperson of the Revenue Commissioners has apologiesd for causing confusion over the tax liability of pensioners.

Addressing the Oireachtas Finance Committee, Josephine Feehily said it had caused confusion and distress to some people and she was extremely sorry for that.

However, Ms Feehily insisted the Revenue only wants to collect the correct amount of tax, "no more and no less".

Ms Feehily said it had to "move quickly" when it became aware that a large number of pensioners had either not declared their State pension or had under-reported it.

She said Revenue had to correct the situation for the current tax year and the lack of time became its "undoing".

Answering questions from Committee Chairperson Alex White, she said Revenue was "surprised" at the scale of the problem when it looked at information received from the Department of Social Protection at the end of November.

Ms Feehily acknowledged that there were many things that could have been done differently by Revenue in its correspondence with pensioners.

She said the Commissioners could have written to the representative bodies and she said different phraseology could have been used in the letters.

Mr Kenny said the Revenue is an independent body and is not subject to "dictats" from the Government.

In relation to the letters, Mr Kenny accepted that the handling of communications could have been better and hoped a lesson is learnt for the future.

Ms Feehily said the additional €55m it estimates to take in for a full year from pensioners does not include arrears.

She said she was not in a position to say if there would be arrears or how much arrears would yield.

Responding to a question from Fianna Fáil’s Sean Fleming, Ms Feehily clarified that arrears would not go back to 2007 but if money is refunded it would be taken back to 2007.

Ms Feehily said there were no plans for another mass campaign of information targeting any particular sector.

However, she said workers in the cash economy who may be under-declaring income were in the sights of Revenue.

She said the 150,000 letters that were sent out to pensioners in the past week had cost around €60,000 in postage and packaging.

In the Dáil, Fianna Fáil's Barry Cowen said that the Government was aware that the letters would be sent but had made the political choice not to make it public and chose to scare thousands of pensioners. 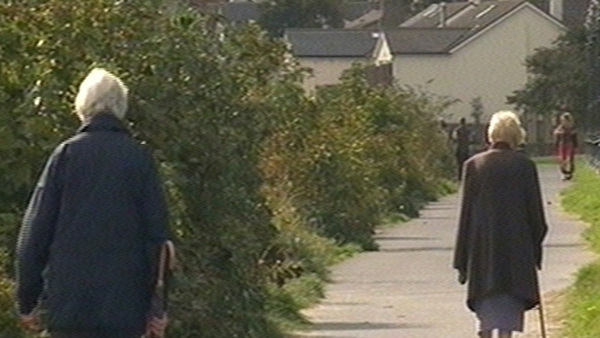