The owners of Vita Cortex in Cork say another 60 jobs are now at risk due to the sit-in by the Cork workers over redundancy payments.

Vita Cortex closed its Cork plant on 16 December and the owners have said the company cannot afford to pay redundancy.

Since then, 32 workers - some with over 40 years of service - have been sitting-in at the Cork premises in pursuit of redundancy entitlements.

The Vita Cortex workers in Cork believe funds should be taken from an account in a sister company containing €2.5m to pay them their redundancy entitlements.

However, the company pledged that account to AIB as security for an €8.5m loan some years ago - and it is now in the National Asset Management Agency.

However, SIPTU contends that Vita Cortex Cork is part of a Vita Cortex group - and the group should make-up the shortfall for workers' entitlements.

The company says the sit-in is jeopardising 60 jobs in their other operations at Athlone, Belfast and Cork.

It has supplied documentation to the social insurance fund from its auditors indicating Vita Cortex's inability to pay the redundancy itself.

They will permit a forensic examination of their accounts - and stress that the pension fund is fully funded and PRSI payments are up-to-date.

Fianna Fáil Finance Spokesman Michael McGrath called on the Department of Social Protection to undertake a "rigorous assessment" of the company's claim that it cannot pay redundancy.

So far the Labour Relations Commission has been unable to establish a basis for talks to resolve the row. 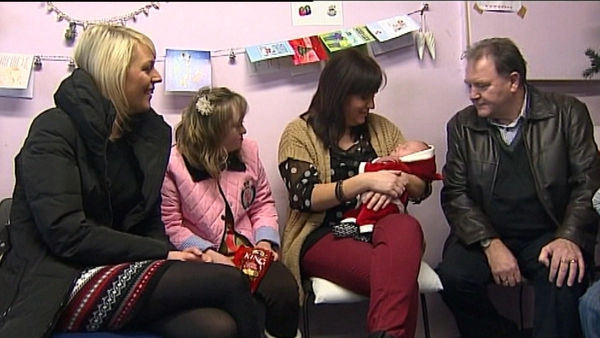