Hundreds of people gathered this morning at Newgrange in Co Meath to mark the mid-winter solstice.

On the days around the solstice, between 19 and 23 December, the light from the rising sun lights up the inner chamber at Newgrange, as it did when the passage tomb was created around 3,200 BC.

The solstice officially falls on 22 December this year - when the northern hemisphere is at its maximum tilt from the Sun - but the 21st is the day when people are gathering at ancient monuments around Europe to mark the occasion.

The passage tomb at Newgrange is where most people gathered in Ireland, while Stonehenge was the site of most interest in England.

RTÉ.ie streamed the event live from inside and outside Newgrange as dawn broke, however cloud cover meant the Sun's rays did not illuminate the chamber.

Several hundred people were at the site, although only those picked in a draw or dignitaries got into the chamber. 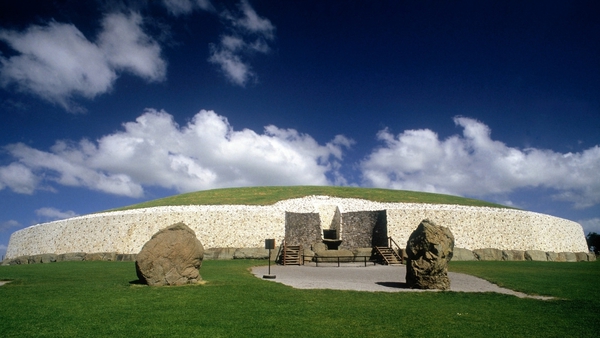 Search for more passages at Newgrange