Taoiseach Enda Kenny has said the measure announced in the Budget to cut the disability allowance for young people has been ''paused'' pending a review by the chairperson of the Commission on Social Welfare and Taxation.

Mr Kenny said the Government has agreed that it should be reviewed because of the sensitivity of the issue.

Fianna Fáil leader Micheál Martin told the Dáil that the cut was a callous, retrograde step and one that would not be forgotten.

Mr Martin called on the Taoiseach to do the honourable thing and reverse the cut.

Mr Kenny said the cut is part of the EU memorandum of understanding.

However, given the sensitive nature of the issue he said the measure has now been 'paused' and will not form part of the Social Welfare Bill.

He said Minister for Social Protection Joan Burton has asked the chairperson of the Commission on Social Welfare and Taxation to review the measure and report back to Government on it.

Speaking on RTÉ's News at One, Ms Burton said said no person between 16 and 24 was going to receive any cut under the proposal.

Ms Burton said her strategy was to preserve the core rates of social welfare payments and child benefit.

She said she had been asked to find cuts of €822m in social protection, but she had agreed finally to only cut €475m.

Serious concerns about the measure were expressed by Fine Gael and Labour backbenchers.

Minister Brendan Howlin said: "It was never our intention to impact on the disabled, that was a core principle in drafting the Budget.

"This was intended to be a reform measure .... since the consequences are that people are going to lose money we are going to address it again."

Minister for Finance Michael Noonan said: "People are very upset about cutbacks, especially when they're on a small income and you have to be sympathetic when one hears their calls."

He said the Government would "work our way through" the Budget measures "so it doesn't impact too severely".

Meanwhile, Labour's Pat Rabbitte said the Budget was a "necessary Budget" and was "as good as it could be in the circumstances".

The Minister for Communications defended Labour's participation in Government saying it could have chosen to sit on the opposition benches, but instead went in with the full knowledge that it would take several years to bring Ireland back to recovery.

Mr Rabbitte said the Government had "pulled out all the stops" to make difficult choices that would be as fair as possible in the Budget.

Mr Martin said the Budget was deeply unfair and damaging, as well as being the most socially regressive Budget in years.

He said it would cost jobs and could lead to a serious shortfall in revenue.

He said the Budget amounted to an indictment of policies of the Government and made a nonsense of the commitment to create jobs.

Mr Adams said the political elites were not touched, while the young and elderly were expected to pay for the greed of the golden circle and bankers.

Socialist Party leader Joe Higgins said the Government had chosen to cut heating allowances and the income of those on welfare to protect the wealthiest.

Independent TD Finian McGrath described the cut to the disabled and those with intellectual disability as shameful.

He said equality and justice had to be put on the political agenda and that the sick, the elderly and the young should be protected at all costs.

The country's Catholic bishops have urged legislators to reverse the Budget's proposed cuts in child benefit payments and the fuel allowance scheme.

They say there appears to be a serious imbalance between the Government's decision to cut support for larger families and its move to protect highest earners from further taxation.

A number of Budget measures came into effect at midnight.

The price of petrol went up 1.4c a litre, while diesel now costs an extra 1.6c a litre.

25c has also been added to the price of a packet of cigarettes.

The Government lost another supporter after recently elected Labour TD Patrick Nulty voted against one of the Budget measures in the Dáil last night.

Mr Nulty voted against increasing the top rate of VAT by 2% from January, leading to his automatic expulsion from the parliamentary party.

Speaking on RTÉ's Morning Ireland, Mr Nulty denied that he had deceived the electorate when elected six weeks ago.

He said he remained an active member of the Labour Party, but there were alternatives to austerity.

His Fianna Fáil opponent in the Dublin West by-election, David McGuinness, said Mr Nulty should resign and stand as an independent candidate.

Representatives of One Family and Treoir, and People Before Profit TD Richard Boyd Barrett held a news conference on the Budget in Dublin this morning. 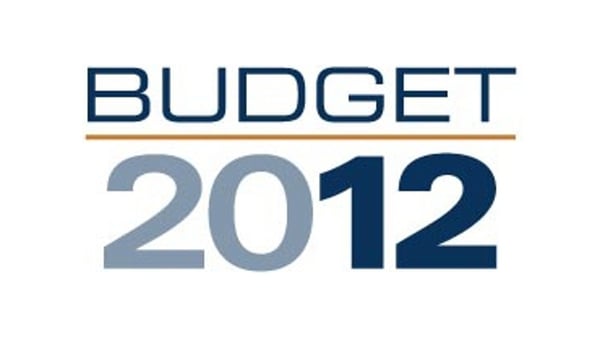